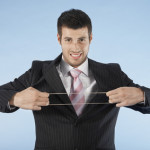 Resistance. When I ask groups to tell me what first comes to their minds when they think about change, resistance is always on that list. And their thoughts about it aren’t positive – in fact, I used the word “fear” in the title purposefully. Resistance is typically seen as a negative occurrence and as something […] 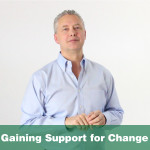 As leaders, we are responsible for leading and sometimes even creating change. Watch the short video below to find out the best thing you can give others when introducing change to more quickly gain their support and realize success in your change efforts. Build commitment to change by giving people time and space to come […]

In 1776, the colonists in the British American Colonies were unhappy. So unhappy, that they formed a Continental Congress which suggested Declaring Independence from Great Britain. 56 men signed the document, and in doing so publicly announced that they were declaring treason on Great Britain. That is bold. Most of them lost their families and […] 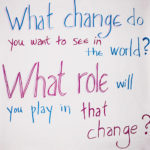 It is everywhere. . . . . . Political leaders promoting changing policies. . . . Organizational leadership touting new products or strategies. . . . Team leaders outlining a process improvement. Leaders everywhere think their job is to create change across their team, organization or industry. And they are wrong. You can create broad […] 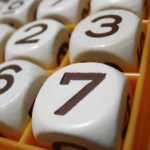 Joni showed up at her boss Bob’s office more frustrated than he’d ever seen her. Joni was a relatively new supervisor and had been developing well – but on this day, she seemed, well, different. When Bob asked what was wrong her frustration came out immediately. “What do you do when people don’t want to […]