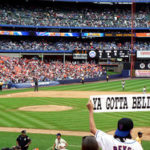 During an unlikely 1973 comeback from last place to first place in the final month of the season, a New York Mets pitcher was credited with the phrase that became the rallying cry of the team and city – “ya gotta believe!”  That phrase was widely credited with helping the team go 20-8 to finish […]