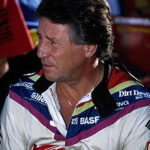 Living in Indianapolis, and being a sports fan, makes it easy to like Mario Andretti.  Mario won one Indianapolis 500 (in 1967) and came close to winning several others.  Mario won many accolades in his racing career, including being named by the Associated Press as the Racer of the Century in 2000. In other words, […]

Memorial Day is an important day for all Americans to remember and honor those who fought and died for our freedom.  In cities and towns across the country a variety of traditions will celebrate and honor this fact. As a resident of Indianapolis, home of the Indianapolis 500 I was struck yesterday by the number […] 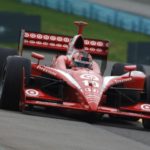 Indianapolis, is most known around the world for one thing – the Indianapolis 500, held each year in May on the Sunday of Memorial Day weekend.  As an Indianapolis resident, the month of May is really all about one thing:  s-p-e-e-d. Drivers team engineers and owners are trying to get more of it. Sportscasters and journalists are […]