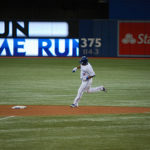 Today in 1961, Roger Maris broke the single season home run record of the legendary Babe Ruth when he hit his 61st of the season.  Babe’s former record had stood since 1927, and had been seen by many as untouchable (Maris’ record was topped 37 years later and has since been eclipsed again). The home […]