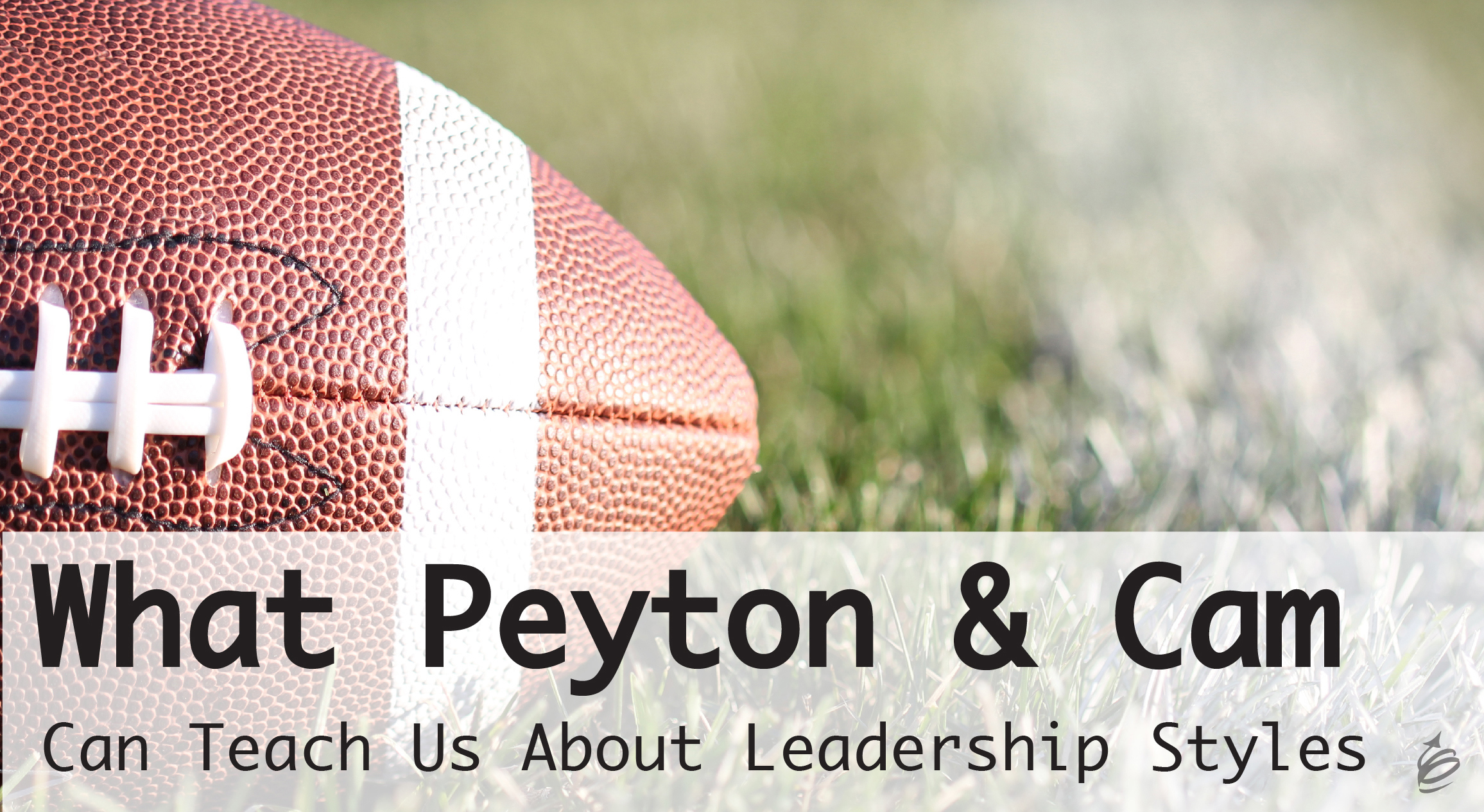 In case you haven’t noticed, there is a Super Bowl coming up.

It features the Denver Broncos and their legendary quarterback in the twilight of his playing career, Peyton Manning, against the Carolina Panthers and their young, star quarterback, Cam Newton. I’m sure the game will be memorable, and that most everyone reading these words will have a rooting interest.

While the game will be exciting and some of the commercials noteworthy, as a leader, there is a whole other reason to watch.

The quarterback is a position unique in sports. It is very difficult for a team to have significant success without a skilled quarterback; for this reason, the skills and qualities of those who play this position are scrutinized nearly 24-7, 365 days per year. Interestingly it isn’t just the athletic skills that are considered, but also the interpersonal and leadership qualities that are considered when selecting (or as is a staple of sports talk radio, ranking) a quarterback.

In Super Bowl 50, we have a great contrast in the styles of these quarterbacks. Yes, their physical gifts are different, but consider the following.

Leader A has been around forever. Recognized as the ultimate professional, never out-worked or out-prepared, this leader has set industry records for his individual skills, and no one has won more games as his team’s leader. When he gets frustrated, he might say something to his team in the moment (more often that likely happens in a private situation), but more often he seemingly focuses that frustration internally, driving him to greater success. His typically quiet, disciplined demeanor sets the tone for his team, and people from all over the industry would love to work with this legend. The industry has recognized him with annual awards more than any other previous leader.

Leader B is newer to the scene. The industry is aware of his growth and skills and people are taking notice and taking him seriously. He brings great personal skills and has learned how to apply those skills for the benefit of the team and the team’s success. His demeanor is flamboyant and his love for his work and his team is on constant display. This passion sometimes spills over to an immediate discussion or correction of a team member but these moments don’t become conflict because people see his obvious passion and overall desire for team success. His passion sets a standard for the team, and positively affects the entire organization. While his is still seen as a rising star, the industry will likely award him with their top award soon.

Chances are you see many things to admire about each of these leaders, even though their styles are quite different. And while both are exceptional, each would be far less successful trying to emulate the other.

The fact is; there is more than one way to lead successfully. The most successful leaders bring both who they are and a burning desire to learn and improve to their work. They constantly try to learn from others, without trying to be like someone else; because they know that who they are is an important, but incomplete part of what they can offer as a leader.

Note: if you would read the previous paragraph regularly and take every word of it to heart and action, your growth as a leader would be fantastic.

If you aren’t a football fan, maybe you don’t know that Leader A is Peyton Manning and Leader B is Cam Newton. If you are, read these descriptions again and I think you will find that I captured key parts of their leadership success outside of the athletic and strategic realms.

So when you watch the Super Bowl, watch the quarterbacks; not just for the spectacular throws and determination, but for their leadership style. Here is just one tangible example though, as you watch you will see many more.

When Peyton’s Broncos score a touchdown, he will smile and head for the sidelines, congratulating and accepting congratulations there. When Cam’s Panthers score one, he will sprint to the end zone to celebrate with his teammates (and if he made the score, famously make his trademark gesture and then hand the ball to a young fan in the stands).

Both are inspirational. Both have many that willingly choose to follow them. Both are leaders.

And you can be too.

How to Get Your Message Delivered in Writing

You may be thinking I don’t really do that much writing in my job. I don’t know what your job...