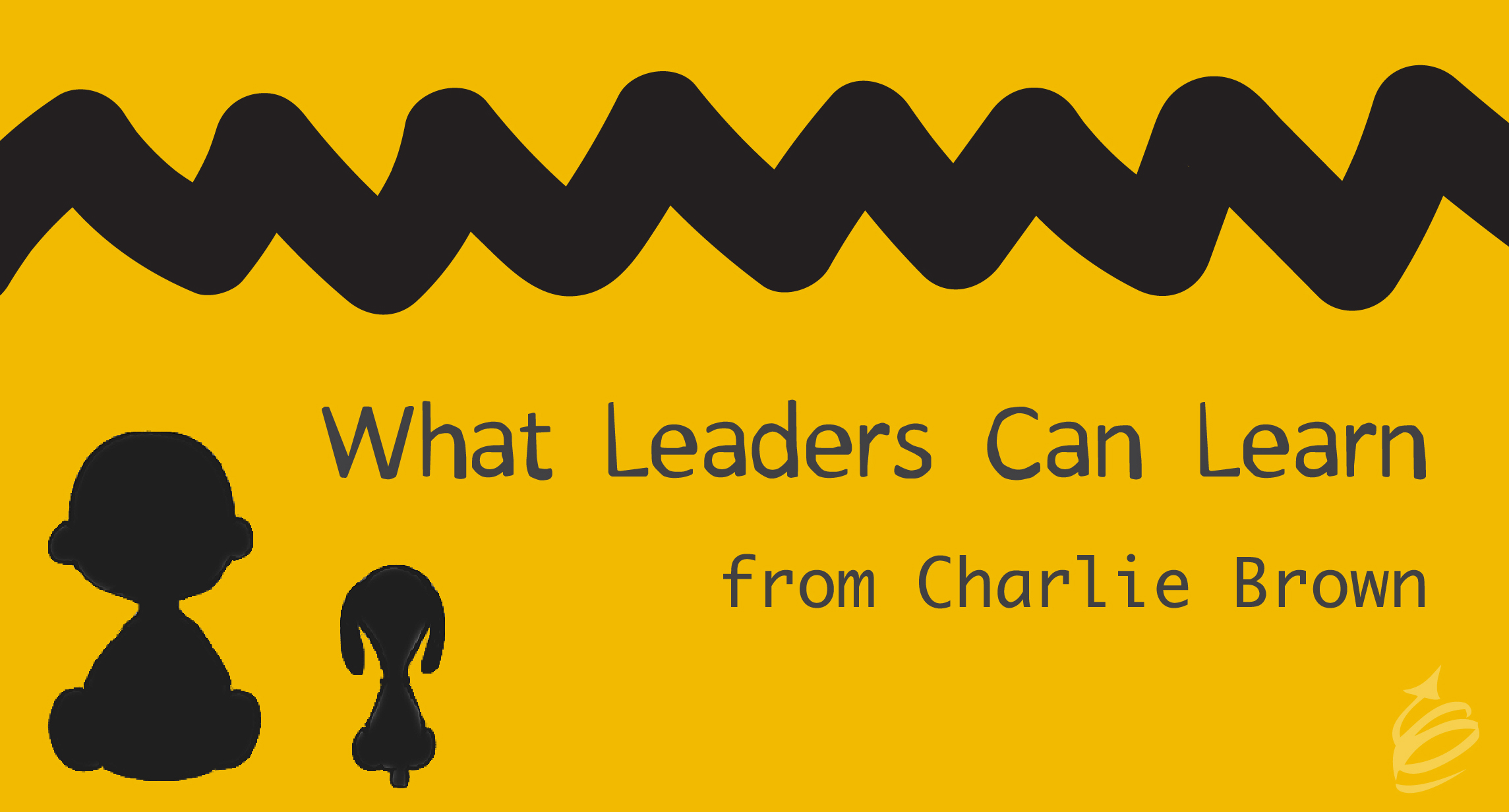 He is one of the best-known fictional characters of the last 75 years (though he first appeared in a different strip earlier, the first Peanuts Strip was published October 2, 1950). He is known by many as a lovable loser, has been often bullied, and called names (“You Blockhead, Charlie Brown!”). Charles Schultz, the creator of Charlie Brown, once said, “[He] must be the one who suffers, because he is a caricature of the average person. Most of us are much more acquainted with losing than winning.”

Typically, people look for lessons from stars, notables and success stories, whatever their field of endeavor, so you may be wondering if there are really lessons we can learn from the unsuccessful kite flier and pitcher; the boy who never kicked the football or got the girl.

There are always lessons to be found, and Charlie Brown is no exception. I’m going to show you several contrasts of the boy we knew growing up and what we can learn from him as a leader. In other words, I going to help you see what you can learn from his strengths and from his blind spots.

Every spring, Charlie Brown went out to fly a kite, and every year it ended up in the tree. How many times did Lucy hold the football for him? I don’t know how many times, but is it exactly the same number of times she pulled it away just before he could kick it. You have to credit his persistence in trying to achieve a goal.

At the same time, we must question his apparent unwillingness to change his approach or learn something new.

As a leader, persistence is a great trait, and one we would want from our teams. Yet blind persistence looks more like bullheadedness, and without learning, studying, or trying something new, our persistence won’t get us any better results than Charlie Brown’s did.

Loyalty Even When It Isn’t Returned

Charlie Brown is loyal to his friends, even to Lucy when she calls him names, and even when Snoopy (his dog for heaven’s sake) makes fun of him. As a leader, your loyalty to your team is important. Your role includes providing resources, removing barriers and helping your team succeed. And your loyalty, while valued by your team, might not always be returned.

Charlie Brown seems to see past some people’s behavior to their heart (or in our case, to their potential). While we don’t need to be martyrs, when we remain loyal and look for the best in others, it will help us get better results and over the long term will lead to more people more willingly choosing to follow us.

Seeking Advice Even When Not Always Taking It

Charlie Brown regularly pays Lucy a nickel for her advice, and gets input from his sister and Linus, but doesn’t always put that advice into practice. As a leader, we need to elicit feedback and advice (and in fact, the “higher” we move in an organization, the harder it often is to get feedback). In that way, the example of Charlie Brown is instructive. Don’t wait for feedback; seek it out (perhaps even if you choose to pay for coaching).

And while we certainly don’t need to implement every piece of advice or feedback that we get; if we ask and receive and never apply, the chances we get something valuable the next time we ask goes down.

While this is true for all of us, as leaders, remember that people are watching our behaviors closely; so when you ask for input, listen fully, consider carefully, and apply appropriately.

Optimism Even When Bad Things Happen

OK, this last one isn’t quite the same kind of contrast as the other three, but I can’t think about Charlie Brown without thinking of his optimism. He is often rejected, disappointed and he fails fairly regularly. Sometimes he doesn’t want to leave the house, but eventually he always does. He tries and looks for the best in others, he looks past the problems and looks for something positive to hold on to.

All of us have faced rejections, disappointments and failures. And while there is nothing wrong with acknowledging them, recognize that as a leader, if we won’t lean towards an optimistic, proactive view point, neither will our team.

His optimism is foundational to nearly all of the characteristics I’ve highlighted above, and perhaps is the biggest thing we can learn from Good ‘ol Charlie Brown.

I’ve rarely recommended movies here; not because I couldn’t, in fact, I am a big believer in watching movies as...