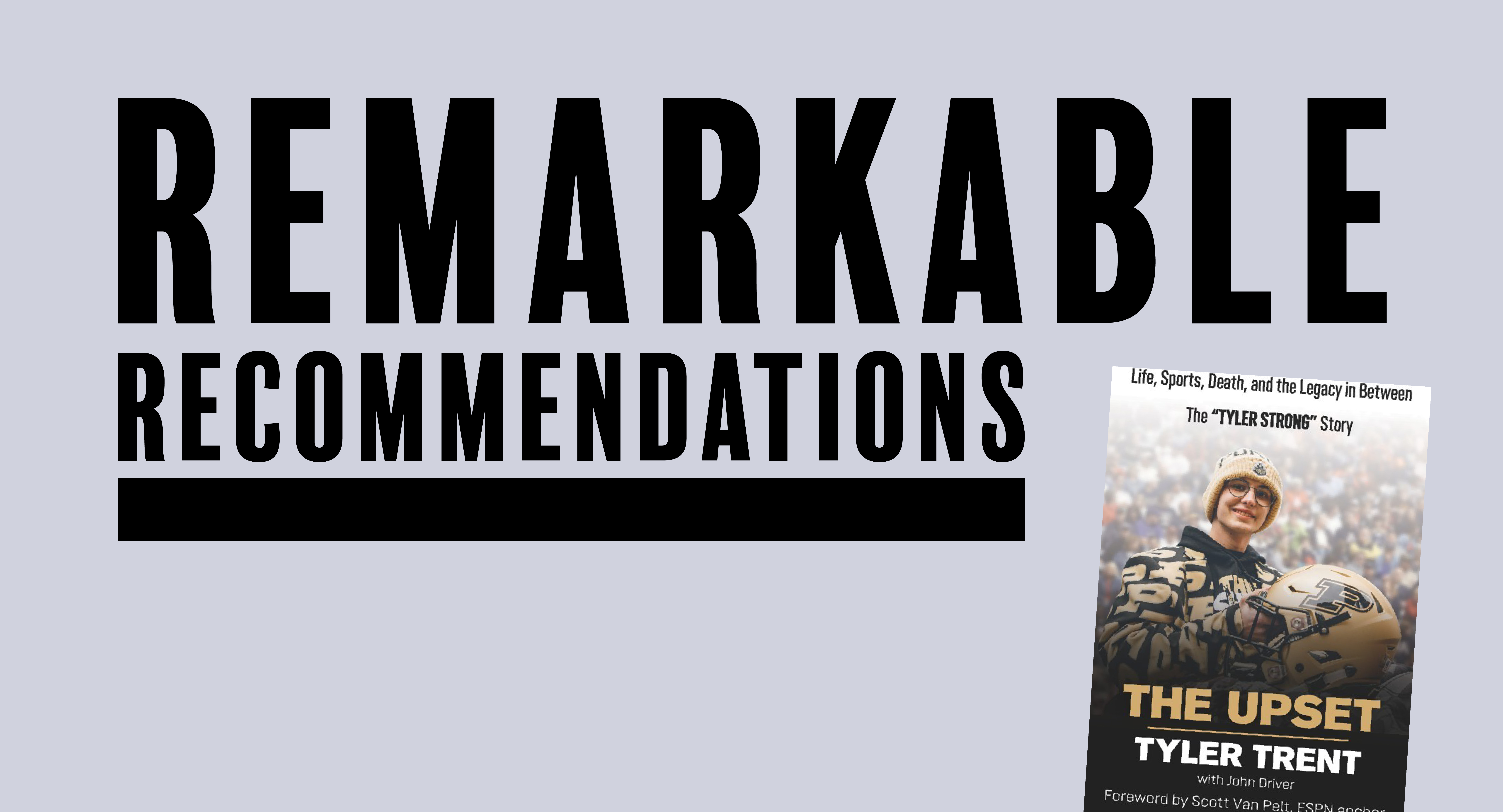 By Tyler Trent with John Driver

You may have heard of Tyler Trent, the Purdue student some called “the superfan.” While gravely ill last fall, Tyler predicted on national television that unranked Purdue football team would beat the heavily favored, top 5 ranked Ohio State Buckeyes. Which they did.

The ESPN story about Tyler that aired that day exploded his platform over the months that followed. Having defeated osteosarcoma, a type of bone cancer, once before, Tyler lost the rematch on January 1, 2019.

The Upset was written, with the help of John Driver (including chapters from family members) during this whirlwind of fame, awards, and the severe downward spiral of Tyler’s health. That alone makes this an inspirational story. But there is far more to Tyler’s story that an illness and a crazy love of Purdue athletics.

Tyler was a man wise beyond his years, with perspective worth hearing, and accomplished much in his short life. His message has raised millions of dollars for cancer research (including all the proceeds from this book).

Yes, Tyler was a proud Boilermaker, as am I. You might think that shared connection is what drew me to this book. Had Tyler been a student at another university, I may have become aware of his story, but may not have purchased the book. Regardless of his rooting interesting, I am glad I read this book. I read it in two sittings, and cried during both, including while I finished it as my plane landed in Washington, D.C.

There is a sports story here, and there is a cancer story here. But there is also the story of a young man’s faith. Tyler was a Christian – and that message plays a part throughout the book.

I am sure I will not read a more inspirational book this year. I was confronted by my goals and values, inspired by Tyler’s energy and purpose, and I have reflected on his story since finishing it. You will benefit by reading this book. You might also have a friend or family member who would enjoy it too. So why not buy two copies – you’ll have a fine book and gift, and help Tyler reach his goal of curing cancer in the process.

Change is the currency of leadership. Stated another way, if leading change isn’t part of your skillset, you will never...