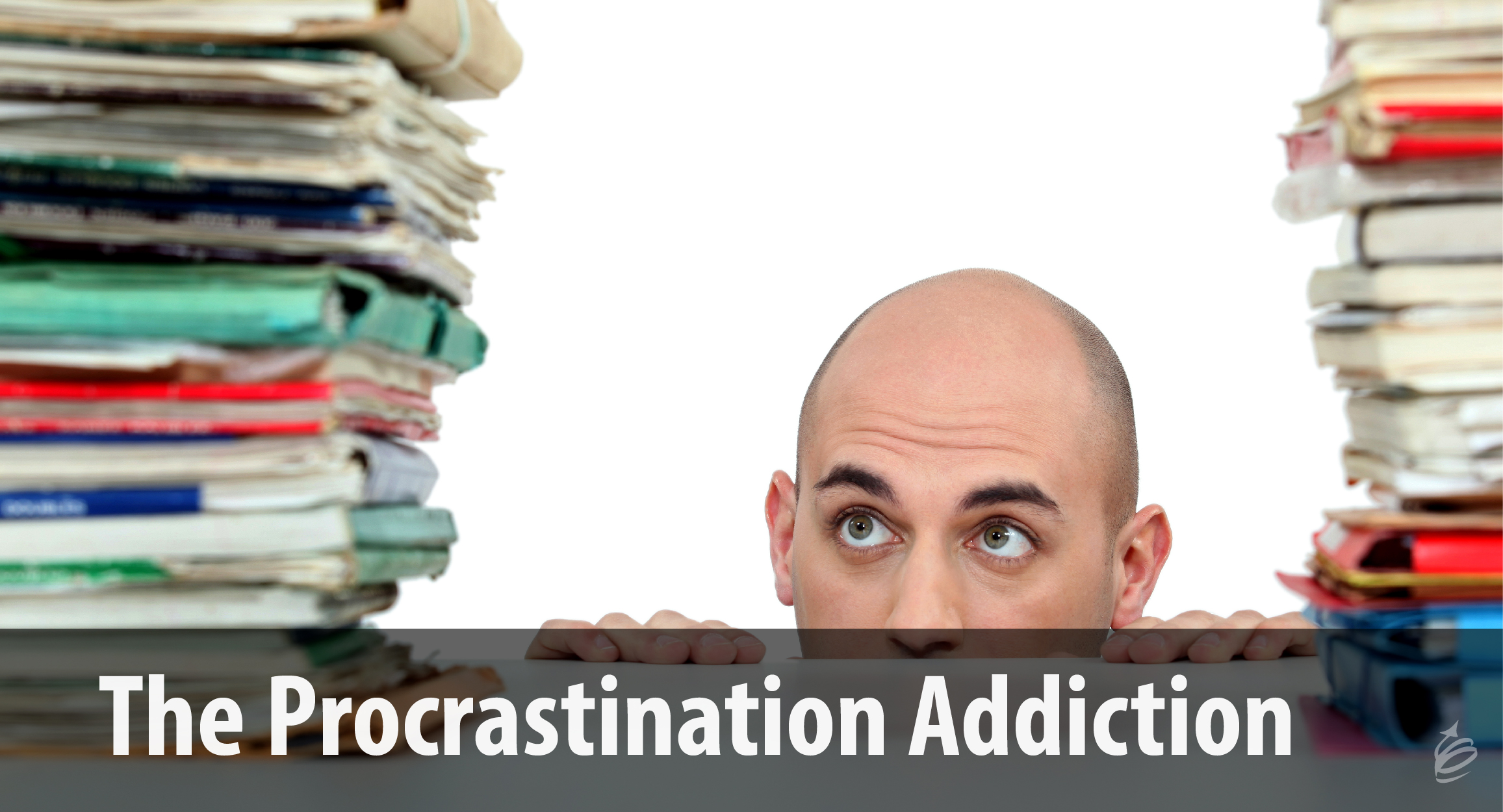 It is said we are all addicted to something; and while some addictions may be more harmful to ourselves and others, few are more prevalent than our addiction to procrastination.

While I am confident that there are people who procrastinate more frequently and with more negative consequences than me, that doesn’t change the fact that I procrastinate far too often, when it isn’t in my best interest, and that I feel badly about having done afterwards.

Since I know I am not alone, and since this addiction has been on my mind lately, I’ve made a list of the reasons why we (I) procrastinate. It is my hope that by recognizing the causes, we can move closer to overcoming them, and break (or at least ease) our addiction.

Fear of Failure. The task is in front of you. You know you need to do it. But it is an important task, or it is a task that lots of others will see the results of.  You think about the importance and implications ask yourself – What if I fail? After we ask ourselves the “what if I fail” question, a cavalcade of emotions, experiences and more go through our head and heart. And all the angst and worry may immobilize you and keep you from taking action.

Fear of Success. There is another gripping fear we might be contending with. If I take this action (that I know I need to), what happens if it goes well? Even if I want it to go well, I just don’t know what the success will look like, which leads us to the third fear . . .

Fear of the Unknown. Underneath the fears of failure and success is the fear of the unknown. After I do this task, what will happen next? How will it go? Hmmm…since I can’t be guaranteed what will happen or how it will look, I think I will look at Facebook, instead of taking action . . .

While these three fears probably summarize all the reasons we procrastinate, I think there are some more specifics that are worth considering too, even though you could put them with one of these fears.

I Don’t Like the Task. I have several types of tasks I put off because I don’t like them. Some are hard, or challenging, but often they are simple things that if I would just go do them, they would be done almost as quickly as I started. After all, it is easy to put things off that you don’t like to do, right?

The “Lacks.” There are three things we lack (or think we do) that keep us procrastinating on things. The lack of skill – I’m not very good at this, so I’ll put it off (like doing it later is somehow going to make us better at it). The lack of knowledge – I don’t know how to do it, so I will put it off (OK, maybe this makes sense, but only if you immediately start gaining the knowledge!) The lack of confidence – when we aren’t sure how well we will do it, we put things off (refer back to the fear of the unknown).

The Need for Perfection. A cousin to the fear of success, this happens when we put things off because we want to make sure they are fantastic when they are done. We want to finish, we need to finish, but we forget how much of success comes from completion – typically far more than comes from perfection.

A Thought About Procrastinating Leaders

Procrastination is an affliction that affects us all; but a procrastinating leader is throwing fuel on the fire. Not only might you be procrastinating on things important to the team or others on it, but you are, through your actions, sending the message that it is OK to procrastinate. Stated another way, if your team’s projects are consistently behind schedule, and deadlines aren’t being met, consider your role, and your example in that unsatisfactory situation.

If you are a leader, you now have even more reasons to overcome or fight the procrastination addiction.

Now you know the causes. Which are your biggest reasons? Which one, if you could overcome it, would have the biggest impact for you?

Once you have an answer to those questions, you are ready to improve your skills and change your habits. The book I reviewed yesterday, would be a good place to start.