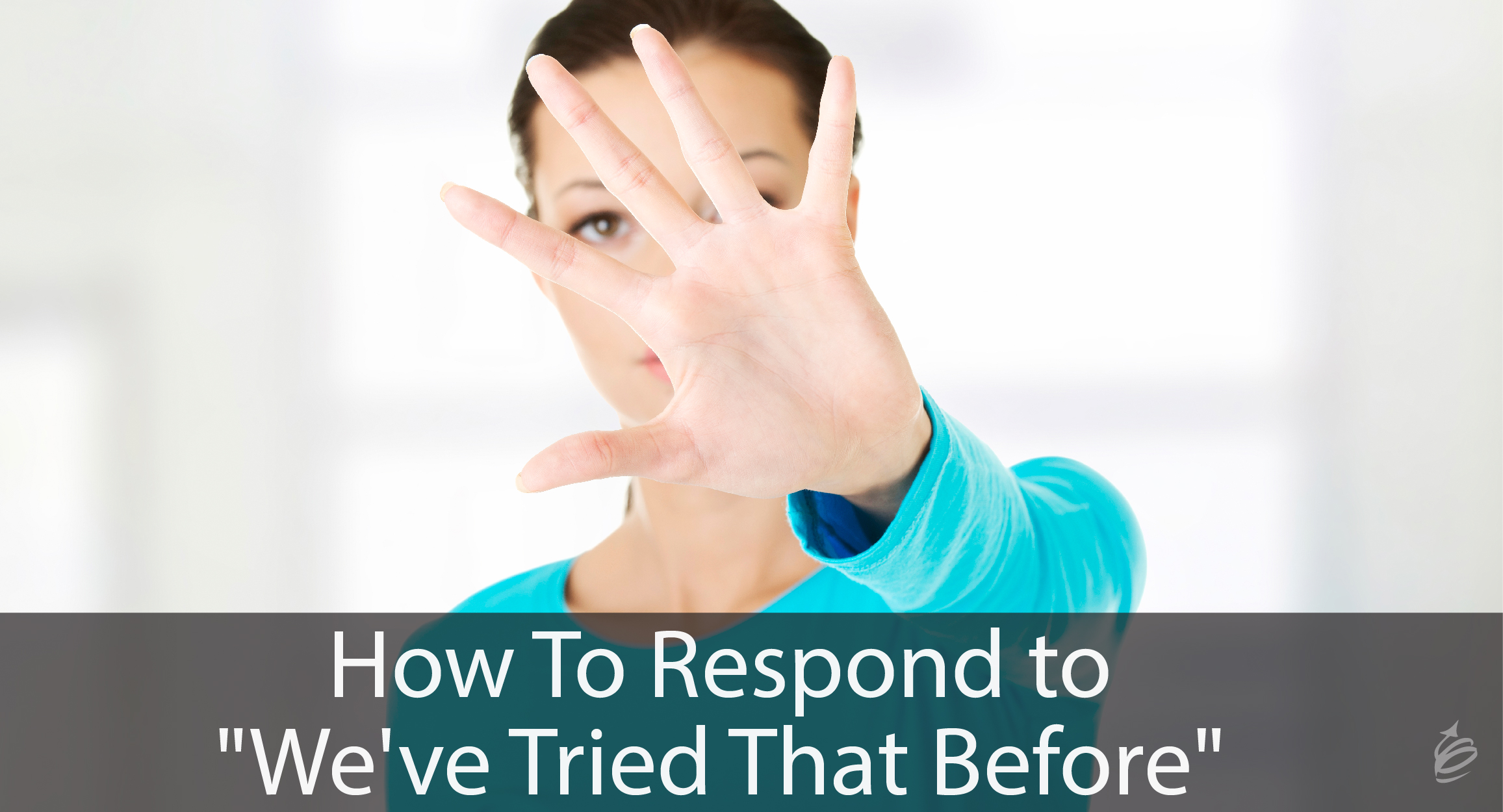 As human beings, change is all around us; and as human beings, we resist change. Sometimes that resistance is momentary, sometimes it lasts for a lifetime. To be more effective leaders, we must understand the dynamics of change, why people (including ourselves) resist, and how to overcome that resistance.

One of the most common statements you will hear about any change is: “We’ve tried that before.”

Sources of the Statement

There are several possible sources of this statement/sentiment, including, it really has been tried before! Often though, the resister sees similarities to what is being proposed and assumes it to be the same, or the communication about the change hasn’t been very successful and so the assumption is that the proposed change is the same as the past experience.

The basic psychology is pretty straightforward: if we view something as not having worked in the past, why would we want to try it again? Intellectually this is a bad plan!

Remember though, especially if you are the promoter/leader of the change, that your understanding of the change and theirs could be different. You may not have lived through what they are thinking about, or they may not really understand what is being proposed.

Until you can get past this impasse of understanding, the resistance won’t go away; in fact it might get stronger and begin to impact other parts of the working relationship.

Here are five strategies for dealing with this specific change resistance:

It may be true that this change has been tried before.

It may also be true that the world and situation is different now, which means that the result may be different too.

Acknowledge people and their concerns, listen to understand why they feel the way they do, and you are off to a good start to understand and overcome “We’ve tried that before.”