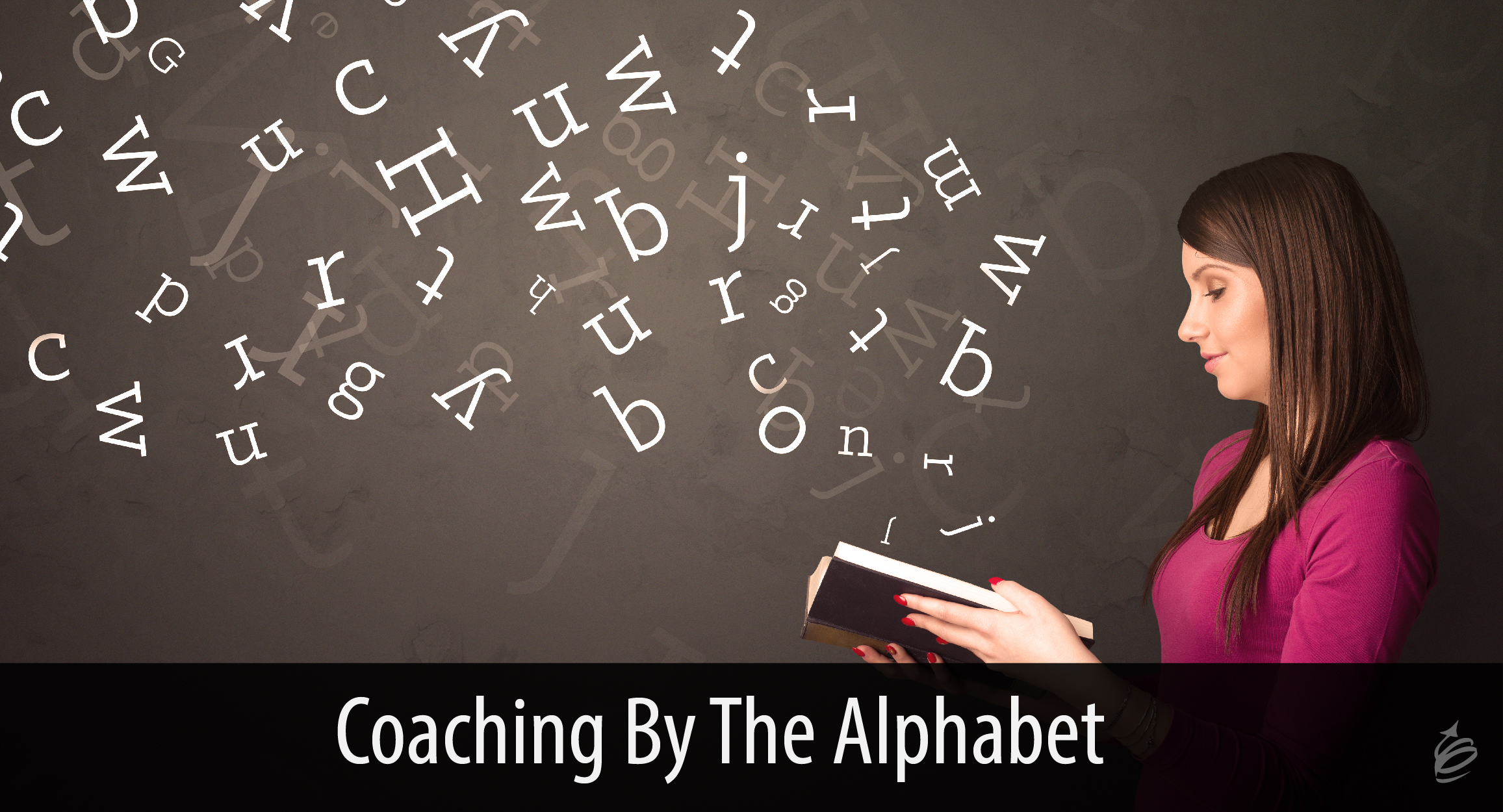 Coaching is a complex and important topic, which is one reason I am always thinking about ways to talk about important coaching concepts in an easy and memorable way. My goal is not to “dumb down” the ideas, but to cut to the core of the issue and provide greater clarity and insight. Today, I am talking about three key coaching concepts, in alphabetical order.

If you are expecting me to start with the letter A, you would be wrong. Nearly ten years ago I wrote about the A, B, and C foundations of coaching, and about two years later I wrote about letters D, E, and F. Now after that long delay, I return with letters G, H, and I.

If there is no goal or objective, why would we be coaching, or what would we be coaching about? Often, people mistake coaching as only being necessary for people who are under-achieving or have some “performance problem.” While coaching is certainly appropriate and needed in those situations, coaching is equally relevant and important for those who are doing well but want to achieve more or learn new skills.

The best coaches help those they are coaching have a clear goal and purpose for the coaching relationship.

The coaching delivered must be honest. That may seem like an obvious statement, yet it is too important to ignore. On the surface it is obvious, and while honesty in coaching is critical, there is more than one way to be honest.

Some of us have coached (or received coaching) that was honest, but harsh, and perhaps too direct. If the delivery isn’t effective, the (honest) message may not be received in a way that leads to application. In other words, while a coach must be honest, to be most effective they must deliver that honest feedback in a way that makes sense and is receivable. That means using data and clear examples, and not being so direct as to be seen as mean or blunt.

I am not suggesting or implying that coaches should “sugarcoat” the message. Rather, think about how to deliver the complete and honest feedback in a way that will be both understood and received. Until the person being coached understands and receives the message, it can’t be translated into action.

The best coaches give honest feedback in a way that people can accept and apply what might be a tough message.

Coaching is all about influence.

The coach can’t “make” or force someone to do something new. The role of the coach isn’t to force, but rather to provide a perspective and insight that leads the person being coached to choose a new direction or action. The previous discussion about honesty as a coach is a perfect example. As a coach, your job is to influence people to do something different, which means you must think about your approach and your role differently.

The coaches job is to help people come to a new conclusion or make a new choice – and support people in making that new choice.

The best coaches focus on how they can influence others, not convince or coerce them.

Will I ever complete the alphabet? I don’t know. What I do know is that with these three articles, I have described nine principles that we must take to heart if we want to be a more effective coach.

Note: If you want to become a more effective and confident coach, register for our free webinar – Building Your Confidence as a Coach March 5 at 2 pm ET.  You can learn more and register here.