My mind is filled with thoughts of coaching these days.  Perhaps it is because in about 2 hours  100 minutes we will be kicking off our Coach and Be Coached event on RemarkableTV.com. One of the things I hear from leaders is that they “don’t have time” to coach.  In most cases it isn’t that […] 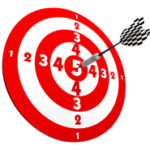 Spiderman, Wonder Woman and Superman all had super powers; they had special skills that allowed them to be super heroes. They had great powers given to them at birth that made them special. Generally speaking, they didn’t have to develop those powers, they just had them. We too were born with tremendous skills, but unlike […]

I promise there are valuable messages in this post – bear with the first couple of paragraphs, ok? It is after midnight on Wednesday.  I’m sitting at my kitchen table writing this blog post in part, because I can’t sleep.  It is rare that I can’t sleep when I choose to.  Tonight (well, this morning) it is because […]

On the teleseminar for our Remarkable Leadership Learning System Members today (you can get two months months membership free) I talked about how as leaders we must communicate change effectively. During the call we were talking about the role of the comfort zone in our willingness to change. During that conversation I stated what I […]

My wife’s favorite television show is the The Biggest Loser. If you’re not familiar, it’s an NBC reality television show that chronicles a group of seriously overweight people from all walks of life as they try to become more healthy – and lose lots of weight. To give you an idea, the most recent winner, […]