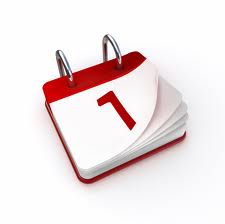 Once upon a time someone started a new job. It was a job where their work was visible to many, and they were naturally nervous. As they began, their nerves got the best of them, and they made a grievous error within seconds of the start of their job. It was a big error, but in the grand scheme of things, no one was injured and no long term damage would likely occur as a result of the mistake. This person had been selected from a large pool of candidates and the organization was excited to have them on the team.

What would you do if you were the supervisor or leader of this new person?

Last weekend, brand new weekend news anchor, A.J. Clemente, started his job on NBC Affiliate KFYR in Bismarck, ND. By now, you may have seen it on YouTube or heard about it on the news.  Just before the broadcast began, but clearly after the mike was live, he looked down and  muttered two expletives under his breath. Here is a link to the clip  – don’t watch if you don’t like to hear expletives. This was clearly a mistake, and it was most likely caused by understandable nerves as he began his first broadcast. No one was injured, and not only has no long term damage occurred, but probably more people than ever are aware of this station in Bismarck.  Given that the news business is very competitive, we can also assume that A.J. was selected from many candidates.

What would you do if you were A.J.’s supervisor?

If you haven’t heard, what happened was that A.J. was fired.

I use this story to make a couple of important points for us to remember as leaders.

Don’t give feedback until you are ready to.  If you were A.J.’s boss, you would have been upset by his gaffe – and I would have been too. In fact, at the moment, I would likely have been quite angry. And if I had spoken to A.J. the moment he came off the set at the end of the show, my feedback would have reflected that anger, and not been very helpful. Perhaps the firing happened just that soon. (While I don’t know exactly what happened, I do know that A.J. was fired within 24-36 hours).  As leaders, we must recognize that our emotions (whether about the situation at hand or related to other things going on in our lives) will impact the feedback we give.

Remember what it was like as a beginner.  As a leader, we have likely been around awhile. We’ve faced the battles, and likely made our share of mistakes. Keep that perspective in mind when coaching new employees, and likely you will find you are more forgiving and effective. I have heard multiple broadcasters talk about A.J.’s situation. Every one of them recalled being nervous and making mistakes (though not necessarily his exact mistake).

I would like to think that if I were A.J.’s boss, he would still have a job. We would have sat down and talked about the situation. I would have shared my displeasure (that I am sure he shares). I would have made it clear that was unacceptable and reconfirmed expectations. And mostly, I hope we would have talked about how to handle nerves in a different, more effective manner.

But if I hadn’t thought about the two points I just shared above, I might have fired him.

I wish A.J. well (he’s on the Today Show this morning).  And mostly, I hope leaders everywhere can use this situation to reflect on how we can become better coaches and leaders – regardless of what we would have done in the situation.

How Leaders Must View Opportunity

124 years today, something amazing and historic happened. The United States government made about 2 million acres of public land...