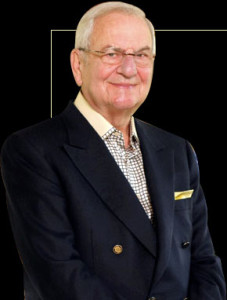 One of my TV memories growing up was of Lee Iacocca selling cars for Chrysler. As I thought about it later, he wasn’t really even selling cars, he was selling himself – asking the American people to trust him and then buy his cars. He brought Chrysler back from near financial death, wrote a business bestseller about his life, and led the efforts to have Ellis Island restored.

There is no question Iacocca dealt with stress and adversity, so it makes sense to see what we can learn from him about it.

“In times of great stress or adversity, it’s always best to keep busy, to plow your anger and your energy into something positive.”
– Lido Anthony “Lee” Iacocca (1924-)

– What am I stressed about?

– What action might address, reduce, or eliminate that stress?

– What action could I take right now?

1.  Decide what positive way you could create new energy.

2. Get off the couch or out of your chair and do it.

My favorite Lee Iacocca story is a perfect example of him taking his own advice. Lee was on the assembly line and asked a worker if he thought the car he was working on could sell as a convertible (this is at a time when few convertibles were being sold, and Chrysler was is deep financial problems). The worker said he thought so. Iacocca had someone get a chain saw, and they cut the top off the car.  He told the worker to drive it around for the weekend, then Iacocca did the same.  He told the worker.  “If women look at us when we drive it, we’ll make it.”

Chrysler had the car on the market in a very short time (drastically shorter than traditional design and production schedules).

What action do you need to take today?

(To read something else I wrote this week about the value of taking action , read here).

p.s.  There is a huge set of leadership lessons in this short story too – I hope you noticed them.  If not, read it again.

Getting to Real Change

I take notes in most every learning situation I encounter, including at church. It is a way for me to...