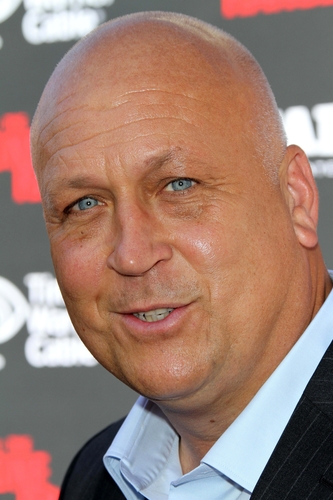 If you aren’t a baseball fan, Cal Ripken, Jr. is a Hall of Fame shortstop who played his whole career with the Baltimore Orioles. While over 18,000 have played in the Major Leagues, less than 250 have been elected to the Hall of Fame. And no one who has ever played in 2,632 games in a row. Except Cal.

While he was a great player, he will always be remembered as the Iron man, the guy who played every game (162 a year) for most all of 16 seasons. Without a miss.

You may wonder why I am writing about him today (or maybe at all). The reason is twofold.

So what are those lessons?

I had the chance to hear Cal speak a few years ago, I met him, and even gave him a copy of my book Remarkable Leadership. These lessons come from his talk and his example.

You Have to Love the Work

You don’t play every day for 16 seasons if you don’t love what you do. When you love it, you do what it takes to be on the field, at the office or whatever it is. Do you think that Cal had teammates who might have thought about taking a day (or an inning) off, and that changed their minds because of Cal’s example?

You can bet on it.

As a human being, you will be more dedicated, more engaged, more focused and more successful when you love what you do. As a leader, you are setting an example for your team. Let your love show through your actions – and everyone wins.

You Have to Love the Team

If you have ever been on a team where there was frustration, back biting, and conflicts, you know that is a hard time to do your best. And I’m sure not every locker room moment in Cal’s career was perfect. But caring about, and yes, even loving your team mates, takes us past conflict and struggle – in fact – more than verbal techniques and strategies, genuine care for others is the best way to find ultimate team success.

As a leader, you must truly care for your team mates – their well-being and their success. When you do, you will be more dedicated to them, and that dedication and diligence will be repaid many times over.

You Must Remain Personally Accountable for the Goal

For Cal, the goal was to win. As one of the most talented players in the game, he helped his team win games by being on the field, so he went, every day. You must know what your team’s goals are and do whatever you can, based on your skills, abilities and perspective to help them win. Knowing the goal is part of it – being accountable to do your part for achieving is the rest. Both parts are needed, especially as a leader.

You Must Be Willing to Do What Others Won’t

Did Cal ever play with a sore ankle, wrist or worse? He was hit by over 30 pitches in his career, and still played the next day. Could he have been a Hall of Famer if he missed a game or two a year?

But what made him greatest was doing what he could even if others wouldn’t.

Cal led because he did what others wouldn’t. Will you?

All of these things are true.

And the real baseball fans reading this may be saying – you can’t play in 2,632 straight games without some luck too.

After all, if you break your ankle backing up for a fly ball in short left field, you won’t play the next day. I’m sure Cal would grant that. I can say, from hearing him speak, that Cal is also extremely grateful for what he was able to accomplish.

Whether serendipity brings you positive or problems, the accountable leader will still be grateful for the opportunity and for the chance to make a difference for their team.

I wish Cal all the best on his birthday, and I thank him for his example.

Will you, as a leader, take his example and use it to lead your team more effectively?

Hear me talk about this article on this recording of a Periscope stream.

Remarkable TV: Creating a Positive Outlook for Your Team

SMILE! The positivity of your team starts with you. And when we create this positive environment, we see increased productivity,...