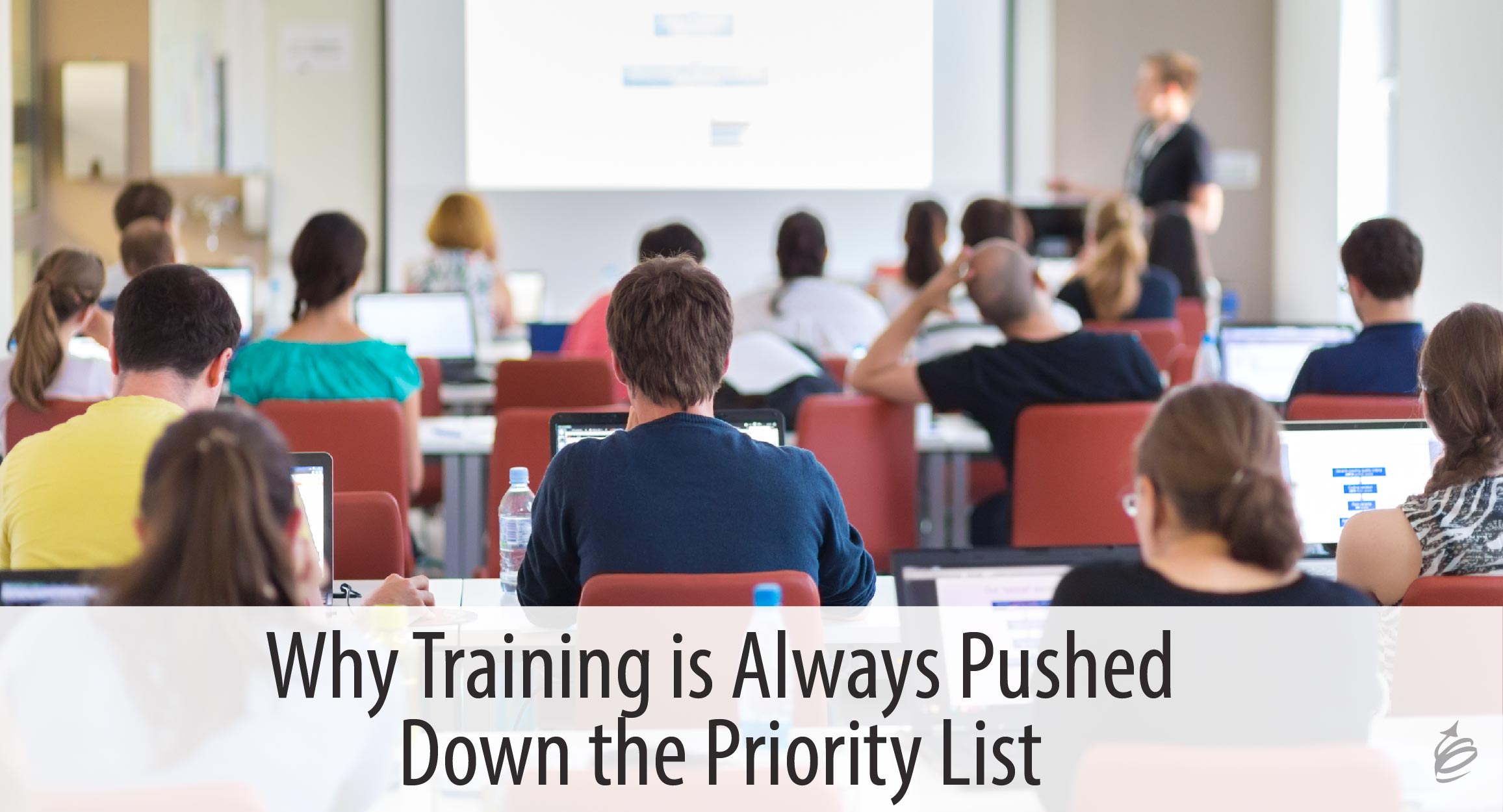 It happens over and over.

There is a call to cut the budget.

The merger is complete and new leaders want to show cost savings.

The private equity firm wants to make the P&L look a bit stronger.

These things happen; for some they seem like an annual occurrence. What they all have in common is that they often lead to a reduction in, suspension or elimination of the training budget. It happens so frequently that it is almost like it is written in stone as a “Do this first” part of all these situations.

Here are the facts and the myths that lead people to put training on the top of the budget cutting list.

Training is a cost.  When seen as a cost, anything is vulnerable to be cut. And when that cost is variable, and doesn’t relate directly to the production or sale of your organization’s product, it is an even bigger target. While people in HR or the training department seem to take this personally, these are straightforward decisions about costs, especially when the other things on this list exist too . . .

We can get by without it. Repairs to equipment get delayed, even if they will be done later, and training falls in a similar bucket.  Even when people believe in the value of training, an argument can be made for delaying it when there are budget pressures.

Training is a standalone line item. When training is set up as a separate line item in the budget, it is less obviously tied to organizational outcomes, and it becomes easy to spot and target for cuts.

People will leave, why train them? This is an often-repeated refrain; if we train them and then they leave, we have wasted that money. And waste must go, especially in times of tight budgets.

Training doesn’t work. It makes sense that if you don’t believe training makes much difference, that is would be a likely place to cut. If people come back to work unchanged from the experience, why would spend the money and the time away from productive work too?

I share these reasons with you not to make you cynical or resigned to defeat; actually, quite the opposite!  If you goal is to preserve and maintain the training dollars in your budget, you need to know these reasons before you try to influence decisions in a different direction.

Let’s look at these common beliefs again and see them in a new way – so if you are in HR or are a leader wanting to influence some of these decisions you have new ammunition when you go into the budget battle.

The risk of delay. Maybe we can put some training off for a while. If we delay too long we may risk higher turnover and we might have reduced safety or compliance results (which will increase costs – the opposite of our goal).  And often training is focused on increasing productivity in one way or another. Isn’t increased productivity a way to get through a tough time for the organization? These ideas can help you reinforce the idea of training as an investment.

Reconsider the budget. If training is a separate line item you aren’t likely to change that; certainly not during a conversation cutting that budget.  But if you engage a conversation on the other four points on this list, where training sits on the budget may have less impact than it did previously.

Do only want poorly trained people?  If we avoid training people because they might leave, what is the alternative? Not train them and have them stay?  If we don’t have the productivity and results we need from our people, how do we expect that to get better it we don’t invest in them?  Hope isn’t a very good plan.

We can make training work better. There is no doubt that some training doesn’t create meaningful change back at work; and that can be a problem. The good news is much of what will make training more valuable doesn’t cost more money.  If managers and leaders will expect change post training and coach and support that change, desired behaviors will materialize. As the value from training improves, it will become harder to cut it.

In some business situations, costs will need to be cut, and training and development should likely be included.  But with the insights provided here, you have a chance to keep those cuts in line with other cuts, rather than having training at the top of the cut list.

Do You Have Drama At Your Office?

Perhaps that is a silly question. Most offices or workplaces seem to have at least a little drama...and some a...