There are plenty of things that can go wrong with meetings, and the litany of complaints about them is long. In my 30 years of attending, observing, and facilitating meetings, one of the biggest challenges I’ve seen is groups staying on topic. The problem is a natural one – if you put a group of intelligent, interested people in a room, they are going to have thoughts that aren’t completely in line with the current topic, and when those thoughts get voiced, the group can easily get off task or topic.

Many people have found that a tool called an Issue Bin or a Parking Lot is a good way to manage these new or additional topics, yet they are often misused as a way in effect ignore the ideas altogether – that’s why this is the most misused tool in meetings.

In case you’ve never been to a meeting where an Issue Bin or a Parking Lot is used, let me explain. Often, groups or individuals will get off track – a new topic will come up or an idea will begin to be discussed that isn’t the main focus of the meeting.  The idea might be worth consideration or discussion, but would be better handled at a different time or in a different way. When this happens, whoever is facilitating the meeting would suggest that this topic or issue be placed in the Issue Bin. They would then go to a chart on the wall labeled Issue Bin and write a brief description of the issue so that the idea won’t be lost. In other words, the goal of this tool is to keep a group on track with their agenda.

Beyond that though, the Issue Bin is a way to help a group “hold that thought” so that the idea isn’t lost and can be discussed later when the time is right.

I’ve hinted at the most common misuse of this valuable tool – leaders or facilitators put items into the Issue Bin or Parking Lot with no real plan to revisit them. They are using the Bin as a place to put stuff they don’t really want to talk about at all.

Or, facilitators do have good intentions, but when the meeting runs long (how many meetings have you been to that didn’t go long?), and time is short, the Issue Bin item(s) get lost in the rush to finish the meeting.

So, regardless of the intention or best-laid plans of the facilitator, the Issue Bin in effect becomes a sham and a manipulation, never achieving the desired result of capturing the idea and holding it for later exploration. 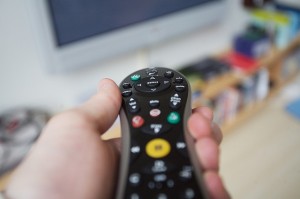 Think of an Issue Bin as TiVo for your meetings. If you have a TiVo connected to your TV you can easily record any television show and watch it later. This allows you to watch the show at a time more convenient for you and, much to the disappointment of advertisers, skip through the commercials easily so that the overall time spent in watching the show is reduced.

Just like TiVo, a well used Issue Bin allows you “timeshift” an issue or idea to discuss it at the time most convenient or productive for the team. And, just like TiVo may reduce your watching time, often when the issue is held for later, the ideas and actions discussed in the interim may reduce the amount of time or energy required to effectively discuss or explore the issue.

It isn’t hard to use an Issue Bin effectively. It just requires a process and a bit of discipline.

1. Make sure that everyone knows the function of the Issue Bin.

2. Capture items to the Issue Bin as appropriate.

3. Schedule time in the agenda (typically 2-3 minutes is all that is required) to review the Issues near the end of the meeting. This review should answer three questions:

• Is this still an issue (or has it been resolved since it was placed in the Bin?)
• Is there an action item that can be created from this issue? If so, what is it?
• Is this a topic that needs to be on a future meeting agenda?

4. Don’t leave the Issue Bin until some next step is determined for each item. If nothing can be done with it at this time, consider saving the issue and having it reside on the Issue Bin at the start of your next meeting.

The bottom line? Do something with every one of them! Taking this simple approach to using this tool will make your meetings run more productively and make sure that all of the best ideas and issues are both raised and considered.

Just like any tool, it is wonderfully valuable when used correctly. And, just like any other tool, it can be damaging and counterproductive when it isn’t.

If your meetings are less-than-stellar and you are looking for a way to improve them, this tool, well used, will definitely help.

Have you ever found yourself in a situation like these? You are sitting in the meeting, when your boss’ boss...