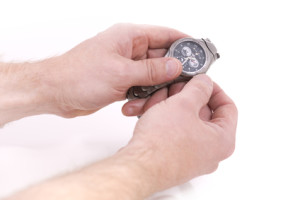 If you live in most of the United States or Canada, you recently lost an hour of sleep. If you live in some other parts of the world, you’ve got a couple more weeks to hold on to that hour. I’m talking, of course about Daylight Savings Time.

Some people love it (especially in the fall when they gain an hour of sleep), some hate it (especially right now), and almost no one questions it or thinks much about it. After all, it’s what we do every spring.

In case you don’t know, the history of Daylight Savings Time (DST) – called summer time in Europe – goes back to Ben Franklin suggesting if we moved the clocks forward in the summer we could save some candle wax. The first widespread use of the DST came during World War I to save energy – first in Europe and spreading relatively quickly to the United States.

With the exception of Hawaii and Arizona (and most of Indiana which joined the fun in April of 2006), most of the United States has employed DST since 1966. (There are more details on the history and specifics here if you are interested).

And, through all these years, and changes in when DST starts and stops, the underlying original reason was to save energy. Which raises the question – does DST save energy?

When first instituted, there likely were energy savings. But the world of energy use in the evenings is different now – it is much less about lighting and more about air conditioning and electronics. And so in the world we now live in, most studies show – no energy savings, or even a net energy cost for DST! (This article from Scientific American gives a good overview of energy studies as well as other studies about the effects of DST).

So we have a situation of a decision made for good reasons long ago that persists even though the initial reason may no longer be valid. Yet we don’t question the decision or situation because it is “tradition”, “our culture”, “the way we’ve always done it.”

Does any of this sound familiar?

It reminds me of the often-told story about the wife who always cut the roast before putting it into the pan. Her husband asked why she did that, and she said “because Mom always did.” At the next family gathering the husband asked his mother-in-law why she always cut the roast before putting it on the pan. She said, “because my mom always did.” Since the Grandmother was at the table, the husband asked her the obvious question. She answered, “because my pan was always too small.”

The practice, which made complete sense (and was even necessary) when instituted, makes no sense as the world has changed. Yet the practice doesn’t change because the reasons for the practice have been lost.

Habits and traditions will continue until someone asks if they still make sense. The point for leaders is that these questions won’t be asked by the group, but must be asked by someone (that’s you).

My point is not necessarily to say that DST doesn’t make sense, only that the reasons behind it should be considered and a conscious decision made based on the current situation and context.

That’s the job of a leader – to ask the unasked question, to challenge the status quo, to look for opportunities for improvement. (Click to tweet that.) This doesn’t mean traditions and proven methods should be changed for change sake, but they should be examined to see if they still help the organization reach its desired outcomes.

When did you last question a tradition or an assumption?

When did you last make a decision by default, rather than intentionally?

By Catherine Burns, Editor Catching up on magazine reading from last year, I saw an ad for a book I’d...