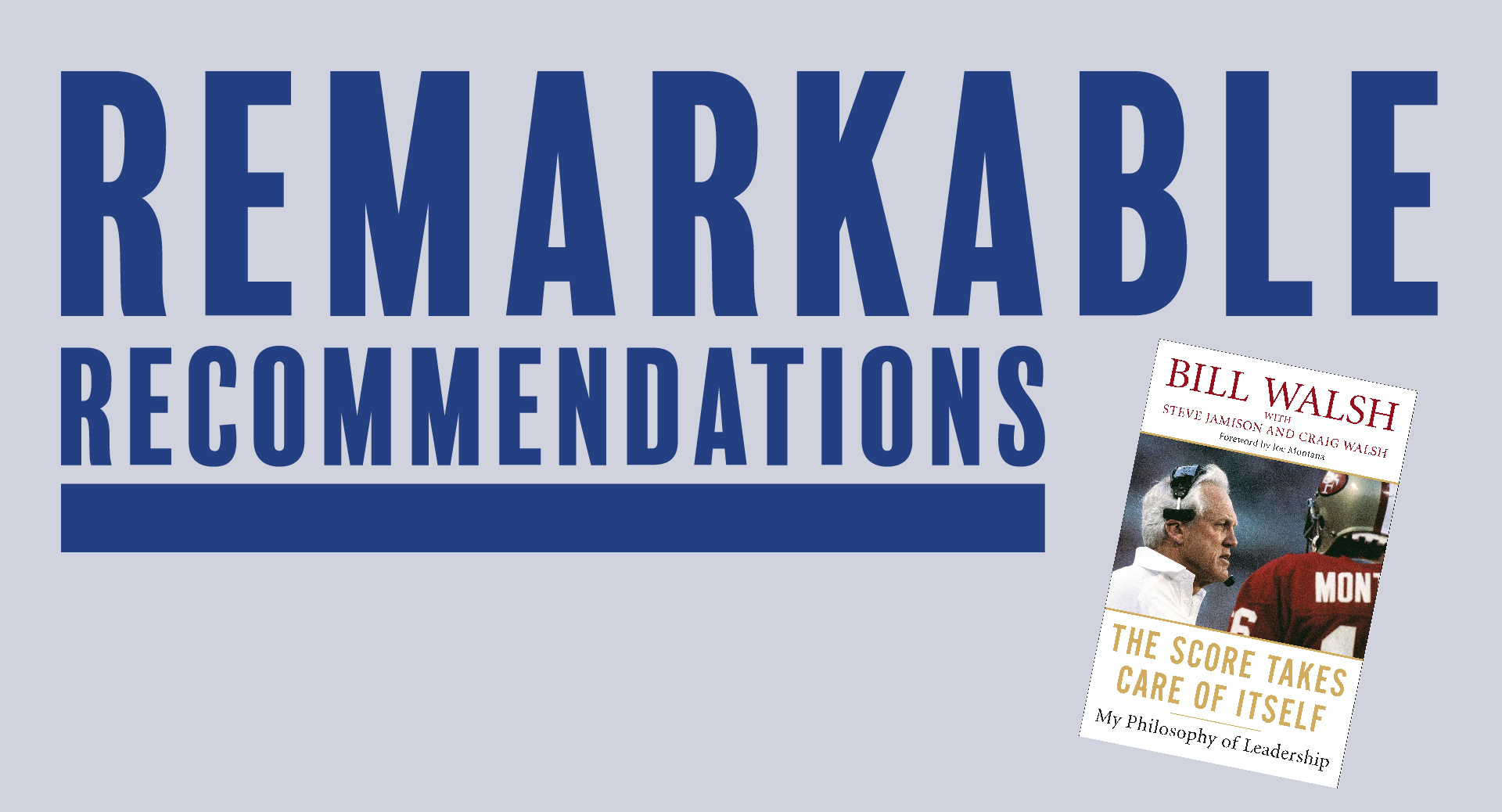 In the 100th year of the NFL, it is common to read about all of “the bests” in league history. While as of this writing the top 8 coaches in history haven’t all been named, I’m willing to wager that Bill Walsh will be one of them. As such, his philosophy of leadership. Soon after his death, this book, that he had worked on with Steve Jamison, was published.

While part football retrospective, which likely makes the book most interesting to sports and football fans, it isn’t exactly biographical. It is, as the subtitle suggests, more about Walsh’s philosophy of leadership.

While there are lessons throughout, there are three big things that struck me as I read.

Yes, there are football examples and analogies, and for that reason, some will be more drawn to it than others. Because I lived in the San Francisco Bay Area during many 49er’s championship seasons, I was especially drawn to the book. The philosophy of leadership throughout is worthy of study by all leaders. Ultimately, that is why I recommend this book so highly.

One of his scouts and protégés, Michael Lombardi, became an NFL General Manager and Executive. He also wrote an excellent book on leadership through the prism of the NFL – Gridiron Genius: A Master Class in Building Teams and Winning at the Highest Level, and has been a guest on my Remarkable Leadership Podcast. You can listen to our conversation, including some thoughts about Bill Walsh, here.

When we have confidence, the results and outcomes are amazing. We try more things; we accomplish more things; and we...