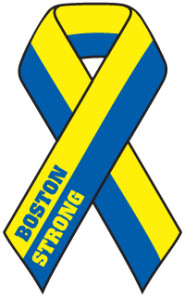 Monday afternoon a nation’s collective consciousness focused on one of the grand cities of our country.  During a day of celebration, horror happened.  This short piece isn’t meant to make light of or lessen the pain and problems caused by Monday’s events, but it does give us a glimpse into human behavior that we as leaders can learn from, if we change our perspective.

That learning is my goal for this article.

In the moments after the explosions, we saw people both at the scene and around the world operating as humans do in crisis situations.  While the crisis situations that you lead through are hopefully never of the type, magnitude, or immediacy, we can learn from what happened to apply to our situations when and as they occur.

Humans can be heroic.  Undoubtedly you have heard stories of people running toward the explosion, risking themselves rather than walking away, helping when they didn’t have to.  Events like this tend to bring out the best in people.  Why?  Because in these moments we stop focusing on ourselves and begin focusing on others – a true definition of a hero.

Rumors spread fast.  In the first several hours the reports included a related bomb in the JFK Library, 5 more unexploded bombs found, and drastically larger numbers of hurt and killed than the final numbers.  And as information becomes clearer, the situation (as awful as it was) wasn’t as bad as originally thought.

Eventually we get it right.  How long is “eventually”?  It depends on factors including the nature of the situation, the number of people involved, when full information is available and how emotional the situation is.  When these factors come together, led by accurate (and understood)  information, people tend to be able to deal, cope or adjust to a situation more effectively.

An important note:  None of this is meant to imply that the media did something wrong or had unclear motives.  Yes, they are driven by ratings and viewers and yes they want to get a story.  Mostly, like the rest of us, they are humans.  They were searching for information and answers and acted as humans – just like the rest of us do.

What Can We Do With These Insights?

Learning comes from more than observations (which I have just shared) but also requires application.  Here are some application ideas for us as leaders.

Be selfless.  Remember that you are surrounded by heroes everyday – and that you nurture that behavior by being selfless yourself.  Encourage, reward and look for this behavior – in times a change and every day.

See the patterns.  When crisis, change or instability comes to your community, organization or team, see the patterns of group and human behavior that will occur.  Odds are the things that we’ve observed from the Boston events will show up, and others might as well.  Don’t be surprised.  Rather, be ready to help people move forward.

Listen to people.  When change is happening, when people are insecure about a situation, while they want answers, they also want to be heard.  Maybe you don’t have information or answers yet, but until you do, communicate with your ears and your heart.

Be patient but proactive. Time will help, but we can’t especially as leaders simply wait.  We must do the other things listed above.  We must acknowledge the pain and concern, we must engage in the situation and with others – and do all of that patiently knowing that time will bring help hope and clarity.

Nothing can erase the horrible memories, and depending on how much television you have watched, the images of Monday’s events.  While there may be other lessons  that you take, it is my hope that the perspectives above help you benefit from these tragic events and understand human and group behavior better.

In the leadership workshops  I teach, decision making always comes up.  In the consulting and coaching I do, I see...