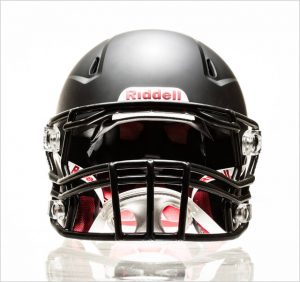 A few years ago Major League Baseball took steps to increase player safety by changing helmet specifications. The NFL has also redesigned helmets in an effort to reduce the number of concussions.

Baseball helmets can now withstand a baseball at a speed of 100 mph without breaking or impacting the safety of the player wearing it. Previous models were only effective up to about 70 mph.

In case you aren’t a baseball fan, almost all pitches are thrown at greater than 70 mph, and most approach 100 mph.

Since baseball players all stand at the plate and face pitches in every game, they all deal with some risk of injury from a ball that gets away and hits their head.

Football players are at an even greater risk. Every play produces impact that affects the head. The new helmets reduce the trauma behind impact. As the helmet starts to fold and yield, it absorbs the impact of the hit and redistributes it throughout the helmet, rather than simply reverberating around a player’s head.

Given these facts, you would expect that all players would be lining up to wear the new helmets, wouldn’t you?

Only if you think that people make decisions based solely on facts.

Here is the reality.

Many players don’t like the way the new helmets look.  They think they look bulky and “geeky-looking.” Still others, like Antonio Brown didn’t want to change to a safer helmet because he’d grown comfortable playing in the old one. Tom Brady felt the same way. He only changed to the safer helmet after the league essentially banned the older, less safe helmets.

Did these new helmets actually impact the players’ ability to play? Not really…but that doesn’t mean they didn’t feel that way.

Yes, there is some component of people resisting change, so it isn’t all about the helmet itself, but even that resistance is largely emotional in nature.

And before you pass this off as about athletes and think you would immediately make the switch, think again.

This is just the latest reminder (if you look you’d find one in your life everyday) of the profound fact that we don’t make decisions based on facts solely – emotions play a huge role.

This lesson must not be lost on us as leaders.  It impacts our leadership communication and our ability to be successful in coaching and mentoring.

As leaders we are constantly dealing with change and helping others make decisions.  In both cases communicating the facts via pie chart and PowerPoint won’t be enough. We can show them all the data and facts that the change makes sense, and that won’t impact the emotional aspect of the change one bit.

Great leaders know that emotions will carry the day, even when people don’t acknowledge it. We have to acknowledge that reality and adjust our communication accordingly.

Remember that the next time you watch a baseball or football game.

In a couple of hours I am giving a talk entitled The Remarkable Leader's Role in Motivation. Let me give...