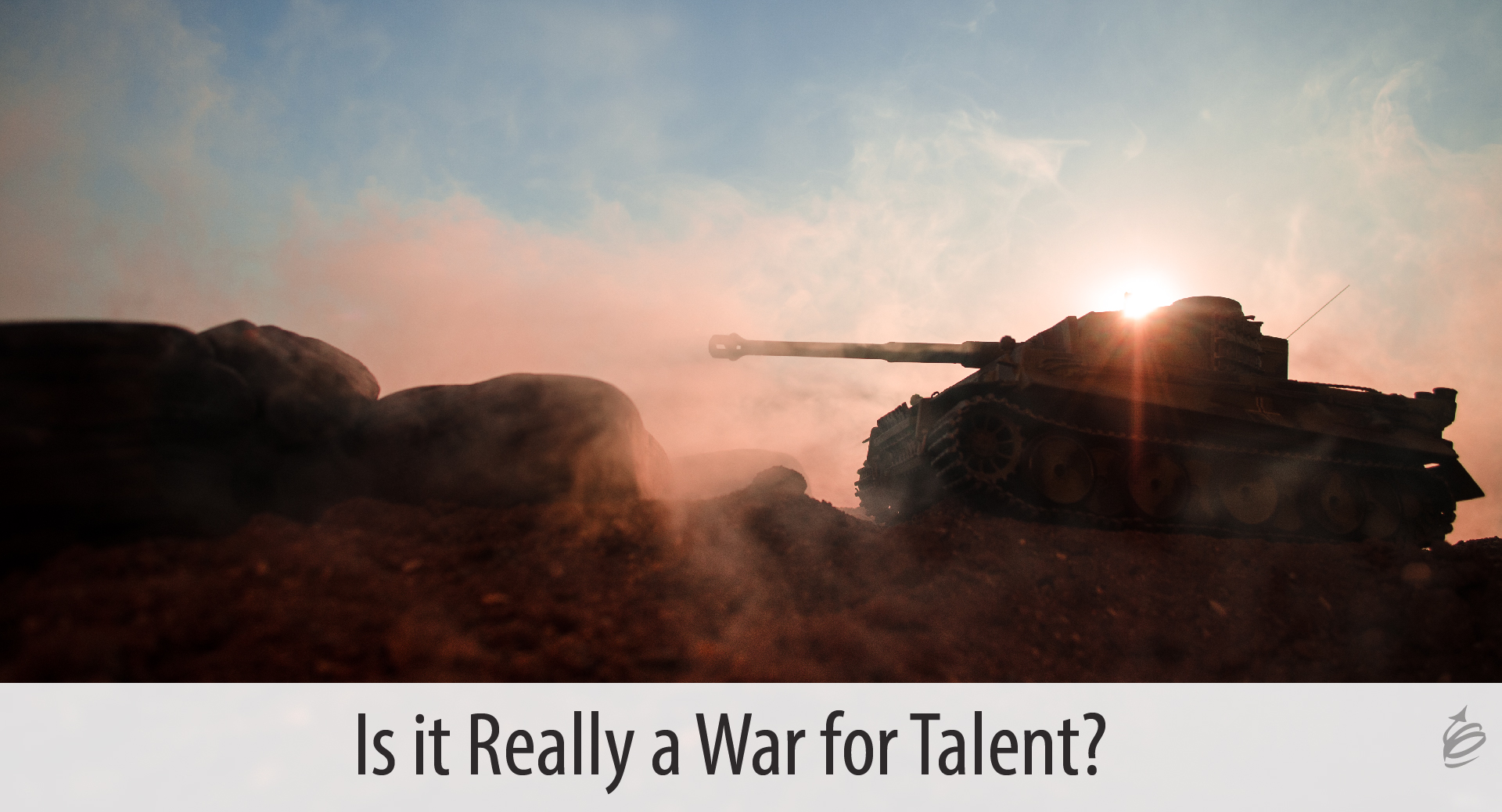 In the time of the Great Resignation, when organizations are cutting operating hours and running leaner than ever because they can’t get the help they need, many have declared a war for talent. I understand the challenges, concerns, and urgency all of the upheaval is causing organizations and leaders. But is it really a war? And is framing it as a war the most effective way to think about it?

I say no. The metaphor of war is understandable, but decidedly not helpful. In fact, framing it as a war for talent will actually make you less successful in attracting and retaining the talent you want and need.

Why “War” is the Wrong Metaphor

As soon as we pick a metaphor or decide how we are framing a problem or situation it impacts how we think about and respond to that situation or challenge. Let’s look at the war for talent metaphor.

Here is what we know about wars:

Who are we in a war with anyway?  Are we at war other organizations who want the same talent we do? Sure, “winning the war for talent with them might feel good, but are we placing the focus in the right place?  Or are we at war with the people we are actually trying to attract?

A Different Way to Look at the Competition

I have never fought in an actual war, and I am guessing that many who are using this metaphor haven’t either. I believe if we had, we might not use that word so lightly.  There is a world of high competition we likely know more about – competitive sports.

Everyone knows that the goal of competitive sports is to beat your opponent, much like in a war. And yet, one of the most successful coaches regardless of sport – John Wooden would have disagreed. John Wooden’s men’s college basketball teams won 10 national championships (including seven in a row), once won 88 games in a row and 38 consecutive NCAA tournament games, yet he didn’t talk about winning and losing to his players or teams.

Wooden’s goal? In a career so focused on winning and losing, he never coached his teams to try to be better than their opponent, or specifically schemed to compete against them. Instead, he taught his teams to try to prepare themselves to the best of their ability to be the best they could be – believing the result would take care of itself.

Wooden focused on what he and his team could control – themselves.

To translate Coach Wooden’s approach to our situation, perhaps we should stop focusing on others who we might be competing with for the talent we want and focus on ourselves.

Why would people want to choose us?

A New Metaphor – A Magnet

I propose we stop the war for talent and become a magnet for talent. Shift from an outward-focused zero-sum game to an internal-focused process and culture improvement approach. When we choose to become a magnet, retaining, and keeping the talent we want and need, we will keep the focus on what we can do and who we want to attract.

You can maintain or wage your war for talent – but if you as an organization, team and leader shift your focus to being a talent magnet, you will avoid many of the problems of war, and get better short- and long-term results for your new efforts.