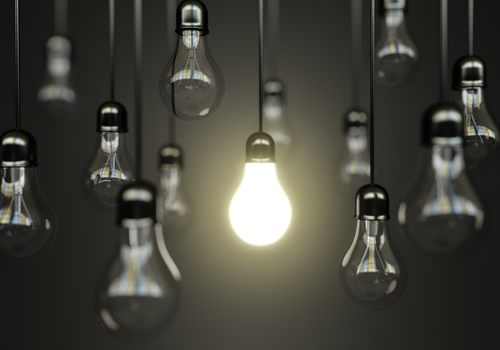 It’s time, and you know it.

You and your team have identified the idea that will change your world and results.

It’s your Disney World, your iPad, or your DVD player. OK, it might not be that big, but it will be a game changer for you. It is big, it is bold, and it is not like anything you have tried before. You’ve implemented ideas before, but nothing this important or big. So you are excited, and a bit scared; but you know it is time to act.

Here are the things you can to improve the chances that your big idea, becomes a big success.

When Disney World opened, the media asked Roy Disney what Walt would think if he could see it (he had died after work had begun, but long before completion). Roy responded, “You don’t understand. Walt had already seen it – that is why it is here.” Make sure you and everyone on your implementation team have a clear picture of what you are creating. Invoke all of the senses in creating that vision. Some people do an OK job of this at the start, but you will be far more successful if you maintain that vision, and engage people in seeing it.

Doing this keeps everyone focused on the same goal and provides energy and excitement when the challenges come.

The vision is critically important, but so is the reason why it matters to reach the vision. Make sure people understand at a deep level the value that will come from completing this big important project. A compelling why can drive people through nearly impossible situations and overcome incredible odds. Your project implementation may need that sort of drive; and you won’t find it without a powerful and motivating reason why.

Plan for the (Inevitable) Setbacks

With any project there will be setback, challenges and obstacles. But if you are implementing a game changing idea, the obstacles will likely come sooner and be bigger. While you won’t be able to anticipate all of them, you can identify some likely obstacles early. Taking time to think about them, and plan for overcoming them isn’t negative thinking, it is mental preparation for battle. If your idea is worth it, you need to be ready to battle those obstacles, and prior planning will make you most prepared and ultimately successful.

The idea is big, and so you must move big. Your big step might be an announcement or proclamation that makes it hard to back down from later. Your big step may be altering your budget, or eliminating other activities to focus on this idea. Historically, there have been military leaders who landed on shore and burned the boats, or crossed a river and burned the bridge. Bold moves like this focused their teams on success and removed the option of retreat. What bold move do you need to take on your game changing idea?

Yep, if your idea is big, you are going to have critics, naysayers and those who are trying to “help” but are only trying to dissuade you from your goal. There is a difference between feedback that is intended to help a team succeed, and that which simply steals energy, reduces hope and saps energy. As a leader, you must know which is which and insulate your team from the critics, or openly defy them.

The critics don’t see your vision and don’t understand. They don’t have to – only you and your team must. Don’t let anyone steal your dream and vision. (Tweet That)

Bold moves are important as we have already discussed. But single bold moves are never enough. Success comes from a continuous succession of small steps taken daily or hourly all focused on achieving the goal. Consistent action gets things done, but also builds momentum and momentum builds both results and energy. Make sure you keep moving forward, never stopping in the quest of the goal.

If no one tends the campfire, it will run out of fuel and burn out. A once blazing fire becomes a pile of smoldering ashes. At the start of your project, if you had a clear vision with a compelling reason why, you had a raging fire. As a leader, you must maintain that fire. If you do the previous steps, you will be keeping the enthusiasm, energy and belief higher; yet the work will be hard, energy will wane, and if you aren’t careful, you will have helpless, useless ashes.

Make sure you stoke the fire for the team, and for yourself.

When you take the actions we have discussed you will be more likely to see a positive result than if you don’t. Your game changing idea is worth the effort. So go make it happen.

Friend & Foe: When to Cooperate, When to Compete, and How to Succeed at Both

By Adam Galinsky and Maurice Schweitzer This is a brand new book with an intriguing title from two accomplished professors...