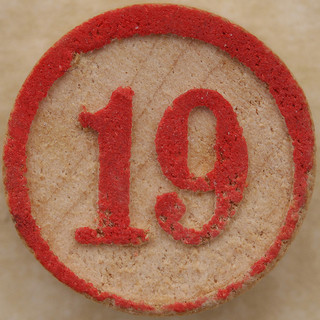 1993 was 19 years ago. Like any year there were many events that are memorable.  Some even changed the course of the future.  Here is a short list in no particular order . . .

Czechoslovakia splits – The Czech Republic and the Slovak Republic were formed in the split.

Women in combat – For the first time, women were allowed in combat roles in the United States military.

Hubble fixed – the mirror flaw is fixed and clear pictures of space are received from the massive telescope.

The company now known as The Kevin Eikenberry Group is founded – September 30, 1993, Kevin Eikenberry ended his successful career for the Chevron Corporation and started helping individuals, teams and organizations reach their goals through learning.  Over the years, the work has become more and more focused on the roles, challenges and skills of effective leaders.

All of these things seem like a long time ago to me, except the last one.

This was my hopefully fun and informative way of announcing our 19th anniversary.  So while we are celebrating here at The Kevin Eikenberry Group, we want to let you celebrate too.  Here’s how:

From now until midnight ET October 8th, you can get a 38% discount (that’s 2% for every year we have been in business!) on any product in the Remarkable Webstore except book purchases.  Your discount will be automatically included upon checkout, no promo code required!

Thanks for reading. I hope we can serve you and your organization in some way long before we celebrate #20 next year.

Your discount will be automatically included upon checkout, no promo code required!

What Will I Do?

We had Andy Williams records at home when I was a kid. And since there weren't that many records, I...