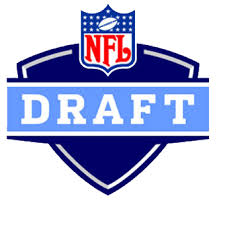 Unless you live under a rock, live outside the United States or are a non-sports person, you know the National Football League held their draft of players last week. If you don’t know, this annual event allows teams to pick players based on a prescribed order that they have the right to hire for their team. (And the whole thing is televised, with great cable ratings in prime time).

While the rules and context for hiring these players is different than what we face in organizations, the ultimate goal is the same. How do we select the best talent to meet our needs, and help our team succeed at higher levels (i.e. win more games)? I think the lessons that follow are worth your consideration, regardless of how much or how little you care about the NFL.

They invest in selection heavily. NFL teams have scouts who spend the entire college season watching college players (their future hires) perform. They attend the annual talent combine, where players are invited to show their skills, get medical and psychological examinations, and interview with teams. They attend individual workouts and invite players for onsite interviews. Stated another way, the recruiting process never stops.

Do you have a process for recruiting? Are you investing in that process, and always looking for the potential team members? Or are you just placing an ad or posting a job when your team is already over worked?

They select broadly. Early in the draft you see teams picking based on need. They need a new Quarterback, so they pick one. They need a Linebacker, so that is where they look. But later in the draft, especially with the better teams and more stable organizations, they will pick “the best player available” – meaning that it isn’t just about immediate need, but about a player that could help, regardless of their position.

How broadly do you select players for your team? Would you ever consider adding a potential star performer, even if you didn’t have an immediate spot for them?

They welcome new team members intentionally. After the draft players are invited to the team headquarters, and beyond the press conferences, they work hard to make the players feel at home, meet new teammates and much more.

If this sounds like parts of a good onboarding process, it likely is. And yet, I think they do better than most in this regard. The best onboarding process engages the new employee, but also includes much engagement of the management and leadership of the organization. How successfully do you welcome new team members and acclimate them to your organization?

They prepare people for success. New players get coaching (lots of it). They get training. They get processes and tools and playbooks. The goals are made clear and the players understand those goals. Teams recognize how much they have invested in getting the right people (not even counting the salaries!), and so they continue to invest, from the first day of signing right through training camp – with high expectations for people’s success.

Like NFL teams, hopefully you are excited by who you have hired. But does that excitement spill over to giving them the tools and support to be successful? What else could you do to help the people you have hired become the contributors you hoped for when they accepted the job?

And lest this whole list sounds like a big hugging party . . . remember the NFL is a tough, bottom-line business. And as we have already proven, may have more in common with you than you think. So don’t forget this fifth lesson from those 32 teams.

They don’t hold on too long. Players drafted this weekend and the free agents added in the days ahead will all get the chance to perform in practice and in the pre-season games. They get the chance to work hard, show their skills and their value. But with a 53 man roster, not everyone can stay. And if at any point, a player isn’t contributing, someone else can replace them.

I’m suggesting or advocating for a ruthless management approach to talent – I believe people should be given clear expectations and metrics to show their performance. And if after some time that isn’t happening, it is time to move on. All too often I see organizations holding on to poor (or under) performers too long. Give people clear expectations, good coaching and a way to measure progress . . . and be ready to move on if needed.

These five lessons are worth your consideration as you look to further build your team in the future. I encourage you to think about these lessons and share them with other leaders you work with to further this discussion inside your organization.