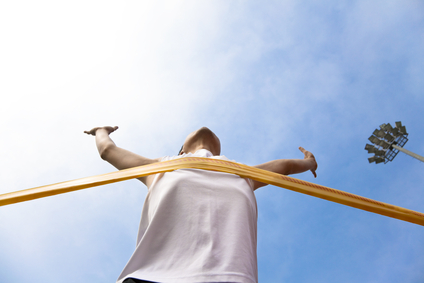 That was the time that Roger Bannister ran the mile at the Iffley Road track in Oxford.

It was the first time someone ran a mile in less than 4 minutes.

Legend has it that doctors thought the 4 minute mile was a barrier that humans couldn’t cross.  This wasn’t any true belief – though the previous record had been in place for 9 years.

No one had ever broken the 4 minute barrier, and yet it was broken 46 days later by John Landy of Australia.  Later that year they met, and both broke 4 minutes in one race.

When was the last time you did the impossible?

Maybe a more important question is, when was the last time you stopped attempting something because you, others, or your whole team determined it was impossible?

There are thousands of things in your everyday life – things you take for granted that would once have been deemed (logically and critically) as impossible.  They exist today for you to use, value and take for granted because some leader and some team somewhere did the impossible.

And precisely because those things exist is the reason why if you want to make the biggest possible difference, your job as a leader, is to do the impossible.

So how do you do that, and how do you help your team do that with you?

Here is a place to start.

Understand why.  Start with a clear picture of why you want to do what might be labeled as impossible.  When you have a clear and compelling reason why, things immediately become more achievable.  As a leader share your why and help your team members develop that why for themselves as well.

Change your language.  Most of us heard this, or some version of it, as a kid – “if you say you can’t, you have already lost.”  Your parents were right.  Henry Ford, who knew a bit about doing the impossible said, “whether you think you can, or think you can’t, you’re right.”  Change your internal language and change your team’s language.  When the language reflects possibility, so will the thoughts, which improve the actions associated with it.  And remember, as a leader, the language choice starts with you.

Shoot for the moon. If your goal is super lofty/impossible, you might not reach it.  But when the sights are set high, the odds are you will achieve more than if the sights are set too safely.  Set big goals.  Help your team set lofty targets.  Let the power of that aspiration fuel your journey.

(Accurately) review past successes.  Most all of us have big successes in our past.  Yet most of us downplay them after they have been achieved. What are you proud of?  What is your team proud of?  When those things were achieved how did it feel? And did some of those things, before being achieved seem impossible?  If you have done it once, you can do it again (and likely more rapidly).  Remind yourselves of your past successes.  Don’t let time diminish either the value or the lessons.

As a leader, be the writer of the future.  Your job is to guide your team to a desirable future.  Why not make that future include doing what others think is impossible?

Get More Done With Trello