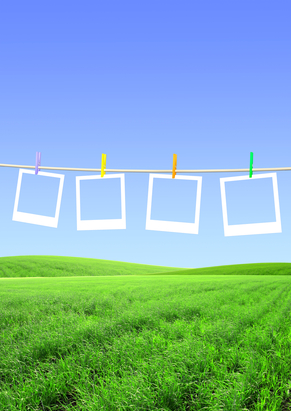 When you think back over your life and the strongest relationships in it, you will quickly find moments that played a big part in those relationships becoming what they became. While this might very well be true for your relationship with your spouse or a romantic relationship, it is just as true (and more instructive) for other relationships – especially for us as leaders.

After all, don’t you want to follow people you feel you have a relationship with?

I’ll share a couple of personal examples and then talk about how we as leaders and professionals can nurture working relationships by creating opportunities for these moments to occur.

Alan is my best friend and that is true in large part because of the kind of moments I’m talking about. I want to highlight two that took place 29 years apart. We are so close that when his sister introduced me to someone at his daughter’s High School Graduation open house, she called me “Alan’s brother from another mother.”

When we were in high school, we were at a National Youth Conference soon after a young woman we knew had been killed in a car accident. He and I, along with several others, gathered for a conversation about Cheri, her life and how we all felt about her and what was important in life. Before that moment, I would have said he was one of a group of close friends on that trip. After that moment, it was different and has been ever since. About a year ago, we reflected on Cheri and that moment – a moment that happened in 1978.

We grew up about 120 miles apart – and met originally at church camp. When my father died unexpectedly, he dropped everything to be with me and my family, doing whatever he could for me and my family. The relationship grew and deepened further because of his actions in those moments. We were always close but his actions and our interactions in those days and the summer that followed changed everything.

In case you are wondering, Alan and I have many things in common – but at least as many other things where we aren’t alike at all. I had other friends in High School and other friends that were there for me in a tough life situation; and while moments exist with them, the moments with Alan are a defining part of our relationship.

Many years ago while still a Chevron employee, I taught a five day, live-in Train the Trainer program several times a year. On the final day of the experience, people received a plaque. One of the things I changed when I took over the program was to have all the participants sign the plaques to each other (think High School yearbook), rather than just having an “official” signature from me as the trainer. About 15 years later I was in the office of a past participant. Pat had her plaque on her wall. I asked her why the plaque had survived a couple of office moves and still hung facing her desk.

Her answer? It was a pivotal moment in her career, and she went on to talk about how she and several of the participants had remained close professionally ever since.

I’ve shared two very different situations with the same point – and I hope you see it. More importantly, I hope in reading these two stories of mine, you are thinking of several of your own.

But I promised more than examples at the start of this article; I promised how we as leaders can create these moments. . .

Here are four ways you can consciously and intentionally create these moments with others on your team.

Another important part of the answer is to simply recognize when those moments are occurring – planned or not. Here are two examples.

There is lots more that could be said here – admittedly, I was ambitious to try to tackle this idea in 1000 words. Hopefully I have given you enough food for thought that you will choose to create moments yourself.

Remarkable Principle: Relationships are often strengthened and extended by a mutual moment or experience. The best leaders look to create those moments for themselves and others.