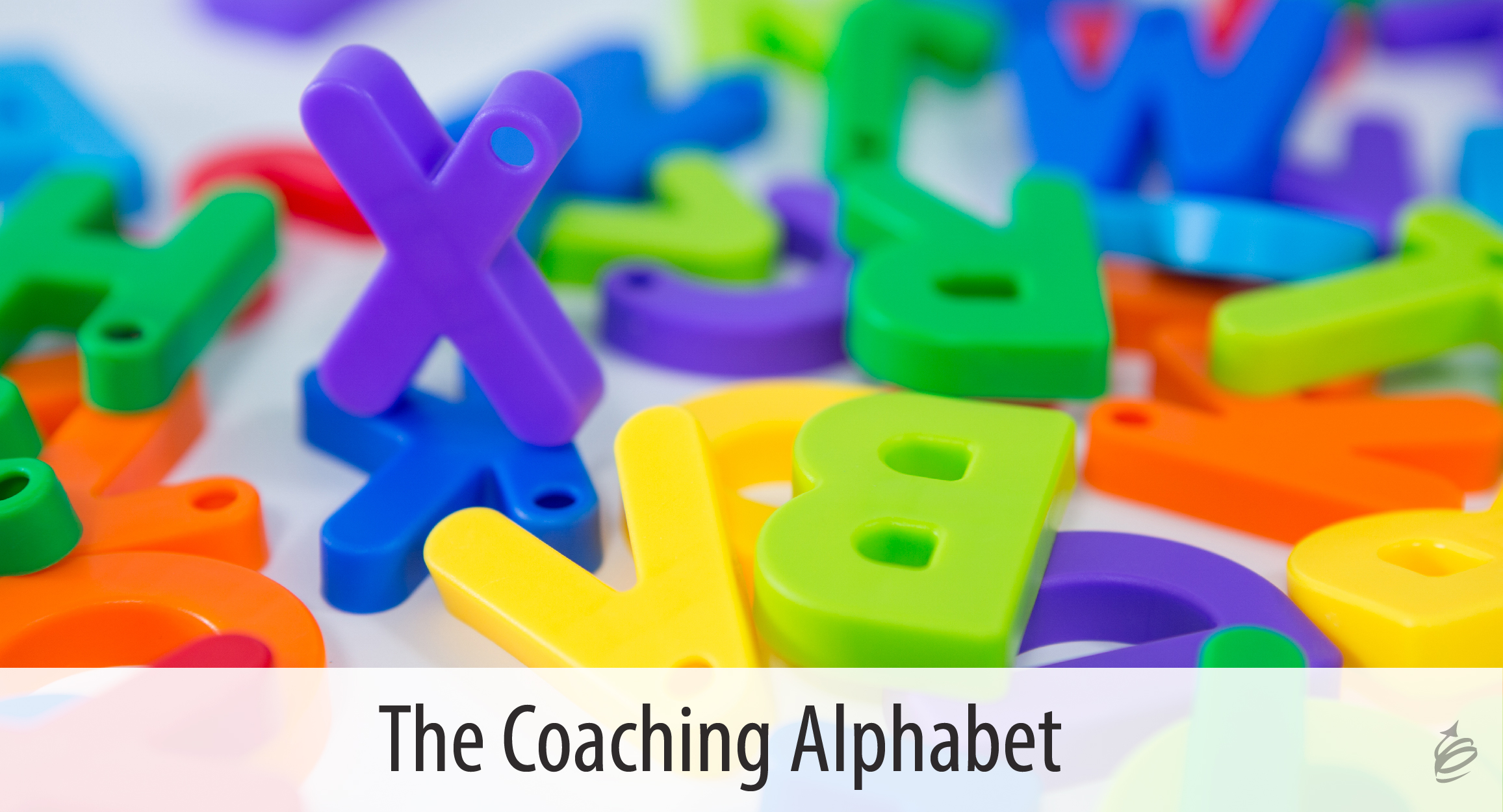 Daily, I am asked questions about coaching success. Daily, I strive for greater coaching success for myself. Today, I challenged myself to share three ideas that will, when implemented, help you be a more successful and confident coach. How I came up with them is interesting, but what I came up with is incredibly valuable.

Over ten years ago, I wrote a post called the ABC’s of Coaching Success, where I took words starting with A, B, and C and connected them to important coaching concepts. I have taught these ideas for even longer and the post was very well received. So two years later, I wrote a post using the letters D, E, and F. Last year, I did letters G, H, and I.

Today, I am sharing ideas starting with the letters J, K, and L. My goal is to illuminate key mindsets and approaches that will lead to greater coaching success – both for you and the person you are coaching.

When you judge someone else you do it with extremely limited information about their motives, experience, background, and more.  This means your assessment could be wrong. Even if you 100% correct, think about how you feel as a receiver of judgment, epically from a superior, like someone coaching you.  Are you immediately, thankful, open and ready to accept their wisdom?

Rather, I bet you get defensive and quite closed off to the suggestions and ideas that follow – and that is not conducive to successful coaching outcomes.

If you can’t judge, what should you do?

Share observations.  Tell people what you saw, show them the data about their productivity, quality, Customer satisfaction scores, or whatever.  They may not like your observations, but it is far harder (though not impossible) for people to be defensive or stay in a defensive stance when the conversation is about observations, rather than judgments.

Coaching happens in the present, and is typically about behaviors, decisions and results that have already taken place.  But the point of coaching should always be about the future or the next time. Too often those being coached leave a coaching situation, even when the coach was trying to eave with a positive focus, focused on what they did wrong. The past may be the context, but coaching needs to be about the next time.  The good news is the next time can be influenced, but the past is over, and can’t be changed.

Even if things haven’t gone well up until now, as a coach keep the conversation and the planning about how to make things better in the future.  This is not only the most productive but should begin to have people thinking of coaching itself as helpful and positive, not something to avoid or approach with trepidation.

If you are doing most of the talking when you are coaching, you aren’t doing it right. Instead ask questions, learn their perspective, and in general help people come to conclusions, make plans and take ownership of both past results and future plans.

As a coach it is your goal for people to own both their past results and their next steps. If they remain passive, largely listening to you, neither of these will happen. However, if you, as the coach engage them in a conversation about their behavior and results, and listen intently as they share their perspectives, the resulting coaching will be more effective, and the long-term results will be better for everyone involved.

There is more to coaching than these three ideas and actions, yet if you apply these three things, your coaching will get better regardless of your starting point.

If you believe that becoming a more effective coach will help you reach your organizational, team, and professional goals, we can help. Apply the ideas here (and for the other letters in the linked posts above) and you will improve. If you want to take your coaching to a new level of success and confidence, join me for an upcoming session of the Coaching with Confidence Workshop.

By Hans Rosling with Ola Rosling and Anna Rosling Ronnlund Few books give you advice on how to think more...