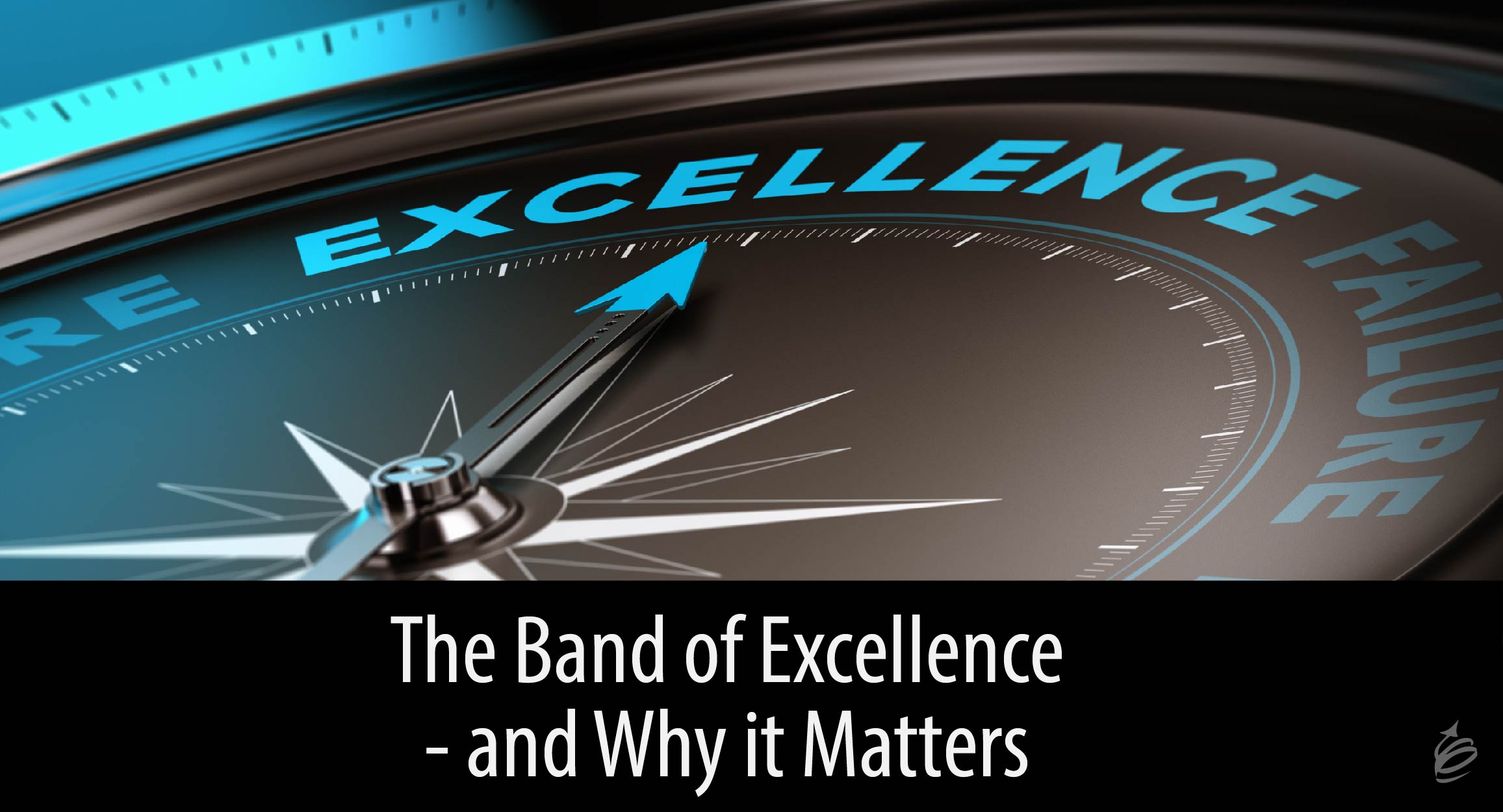 For years, I have helped leaders think about and clarify their expectations for the performance of others. Without this clarity or a mutual understanding of those expectations, people don’t know how to succeed in their work. As important as this is, it is just the starting point. The band of excellence is a concept that takes us beyond the expectations of what must be met and provides of picture of true high performance.

What is The Band of Excellence?

While the job expectations set the minimum performance level for the successful completion of a job or task, they only describe the floor of success. The Band of Excellence is a clear description of the expectation of the highest levels of performance for a specific job or task.

Just like typical expectations, these can be descriptors of behaviors or measurements of outcomes. Exactly what they are will be determined by the nature of the work or task. Overall, these must be as clear and mutually understood as any other performance measurements. Unless the performer/employee/team member knows what they are aiming for, these are of little value.

There are at least four reasons why the Band of Excellence matters to the organization and team members.

How to Create it

While it is helpful to describe this idea and sell you on its value, if you don’t know how to create this Band of Excellence, you might be as frustrated as your high performers could feel now. Here are four steps to creating The Band of Excellence for a role or task:

Whatever Happened to Respect?

Rude, indifferent, emotionally troubled, over-worked, and disengaged employees do more harm to your business and employee productivity than you can...