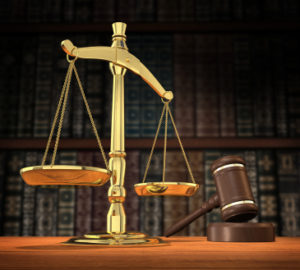 Yesterday, I was thinking about observation and judgement, and how it relates to effective communication and coaching.  It reminded me of a particular incident that took place a few years back – an incident I had previously written about on the blog for my book Remarkable Leadership.

We were driving somewhere as a family and, in conversation, I made some comment (about which I don’t remember, and it isn’t relevant anyway).  In reply,  my son Parker, probably about 15 at the time, commented that his mother and I were being  judgmental.

My immediate response was that I wasn’t judging, but making an observation. This led to a spirited conversation in our car about the differences between observation and judgement. The differences are huge and we see them every day.

Here are some examples.

“He has long hair.” – observation

“The table is black.” – observation

“The table is ugly.” – judgement

“She is very skilled.” – observation, if based on truly observing the skills being discussed

“She is better than I am.” judgement, unless there is factual measurement on a criteria that all agree defines “better.”

The conversation we had in our car was more than wordplay or a dictionary challenge. It defines an important concept that we often miss by not thinking clearly. As a leader, when communicating, coaching,  developing others, giving feedback, or making decisions, we need to be crystal clear on our judgements and our observations – and which are which.

What are You Doing?

Are you passing judgement on people and their behavior? Whether positive or negative, spoken or unspoken, those judgements will have an impact on people’s performance (so if you are going to judge, make it positive).

When giving feedback, are your statements largely observational or judgmental? If you try to pass judgement off as fact, you risk being wrong and setting a stage for defensiveness, resistance, or worse.

There is nothing necessarily wrong with making judgments.  Decisions are judgments.  But even then, it is important to separate observation from assumption and judgement. Doing so will help you make better decisions.

The differences between judgement and observation can get cloudy, but it need not be. When we speak or think from a place of observation, there is no assignment of right or wrong, or degree of goodness. Observations are like reflecting a mirror on a situation – simply reporting what we see. Being more observant, and being able to state our observations are important to our ability to effectively communicate, influence, and lead.

While we can find plenty of examples in our personal and professional lives (just focus on this for an hour and you will know what I mean), there will be many opportunities in the U.S.  to notice this and see how the judgement/observation line gets clouded by the upcoming election.

All of the current Republican candidates (and their spokespeople, surrogates, and fans) make statements meant to be interpreted as observations or statements of fact, when in effect, they are merely judgements or personal interpretations. Use the time you watch or listen to campaign related activities over the next couple of days to help you identify and sort out observations from judgements. This practice will help you in your life, and perhaps help you sort out the truth from the massive spin that is employed by the campaigns as well as their supporters.

This practice may help your decide who to vote for (or root against) and more importantly, it will help you be a more effective and genuine communicator yourself, when you keep the difference between observation and judgement clear in your mind.

Five Love Affairs Leaders Should Have

Caught up in the spirit of Valentine’s Day, that day we celebrate romantic love, I began thinking again about the...